Hi Lance, my name is Amir and I´m working for the German music magazine www.metal-heads.de , which is focussed on – you may have guessed from the name – heavy music. At least we say, it has to include guitars…distorsion is our passion.

To tell you the truth, I´ve been slightly following you for quite some years now, being interested in your work with PYRAMAZE and BALANCE OF POWER. So now, I also got myself your new release and reviewed it for our readers. The review (it´s in German though) can be found on our homepage. As to my opinion you and your music deserve more attention, I wanna give you the chance today to give the people out there an closer insight in your work and music.

How it all began…

MH: let´s start quite in the beginning. I´d be interested to know, what got you into starting to get into music in the first attempts?

LK: I was always interested in music, loved to sing along with the radio, and also just deeply listen to great deep tracks, bands like Pink Floyd, Queen made me so excited to listen at a young age, even to write lyrics… But what motivated me to actually join my first band, was a close friend asked me to sing for his band after he’d heard me singing along to tracks in the car when we’d hang out. This was in 10th grade in high school.

MH: and when and why, did you decide to do it on a professional basis?

LK: I evolved into that I guess… I’d practiced with a band for a couple years and we had a couple of shows, the shows were very exciting, people were very excited to see us (even though we were not good in my personal opinion). But that didn’t really matter, what matted was we were enjoying what we were doing…

That joy translated I think…

So rather than going to college (because I had a full ride) I chose rather to learn music by doing…I had no interest in learning it formally, I had at the time a perception that it would limit the amount of feel and emotion that I could put into it… I think about it much differently these days and wish I would have learned some formal music training. But without it I’ve done pretty well and been able to be creative and break the rules, since I didn’t know the rules hahahaha! Just after high school we started playing shows in clubs and making money (not a lot of money) but enough for 4 teenagers to feel pretty great about, and we set out to start the world on fire. 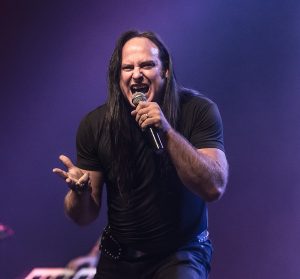 MH: what band or project was that and how did it develop?

What is professional music?

LK: I suppose you could argue that point, I guess it depends on what you consider a ‚professional basis’, I always considered being paid to make music being a professional musician, but some might argue that being paid to play other peoples music is not really being a professional musician. I started in cover bands from 1981-1986 in a band called FREELANCE playing MTV metal and Canadian Rock, cutting our teeth on tunes by APRIL WINE, LOVERBOY, TROOPER, DOKKEN and things along that line. It was a lot of fun, we traveled from Michigan to Idaho and up to Canada and would play for a week at each stop, putting on the miles but meeting a lot of interesting people. Along the way we managed to write 10 songs, but these were not recorded well and are lost to time, if you didn’t see them live that is. In ’86 we all tired of one another, egos started brewing and the band started falling apart, I chose to audition for another band that was from a nearby town that had been well established and was doing much better than ours regionally. That band was GEMINI, they’d recently lost their singer and were playing about 1/2 of the same songs we were. They had a full calendar and I was given 2 weeks to learn another hour and a half of material before we were doing shows.  We made it work but after a year of just doing cover songs, I yearned to write and start trying to do more, so I told the band if they weren’t interested in moving in that direction, I’d be looking for a new opportunity. So we agreed to move in that direction and we started writing songs. We were playing a lot about 250 shows a year so, we’d rehearse in the clubs during the day and try them on the audience at night, and then save money from the shows to record them right, this started happening in 1989 and finally we had our first independent release in 1990 that was received really well from our fan base.

MH: please give us a summary of the following years of your musical career, so that our readers get an idea of what they might have missed.

LK: wow… that’s a challenge, maybe you can get an overview from my wikipedia site regarding that question?

MH: ok, maybe that is really to complex to answer…hahaha. From all the above said, what do you think is your biggest achievement? And what would you like to reach in the future careerwise?

LK:  Oh I have no idea actually, I know I’ve had some successes, but I don’t really keep track and think about it in those terms, I just focus on the next goal I set… I suppose my greatest achievement would be developing a record label Nightmare Records over the last 25 years and helping other musicians with their dreams. But now, I’m in a place where… I really want to focus more on my music again and the sky is the limit on that I really would love to build a fanbase that is worldwide and tour the world on a regular basis, that would be my goal, because I love performing live, there is nothing like it.

MH: what musicians would you love to share the stage with and/or what band would you like to tour with and why?

LK: It’s very hard for me to define it in that way… there are far too many amazing bands out there, that I would love the opportunity to hang out with and make noise with. I love synchronicity, I love when the magic just happens, I would love making music with anyone that was really into making music with me… it’s a symbiotic thing that is based on the energy and passion of the individuals involved.

MH: people are always thinking about (rock) music as a job of a lot of glamour and do not realize, that only a few musicians and bands (compared to the many trying to be successful) can live from playing music. In how far do you have to do other jobs to fill your fridge and pay the bills?

LK: Well I’ve been very fortunate that I make music and have helped a lot of others, that make music and residual money continues to come in from that, I haven’t worked a side job in a long time, but I do give vocal lessons and I do also play in an classic rock band, to keep my voice in shape and it does bring me in quite a bit of side cash. I have done a lot of variable things for bands and been paid for it, I’ve promoted artists to media, I’ve created artwork and CD layouts, I used to broker CD pressing jobs (no money and too much liability in that though), I’ve even corrected overseas english lyrics, so they felt confident in their story telling and I have merchandise as an artist, that helps support the music. I also visit some festivals with Nightmare Records CD and merch in tow and keep the fans in amazing new music.

MH: festival, club gig or big venue? There are various kinds of gigs to play for a band to play. Small sweaty club gigs, big  venues or even stadiums and then these 3-day-festivals in front of 50.000 to 120.000 people. What kind of performances do you prefer and why?

Every gig is special…

LK: I love them all, small venues offer an intimacy with the audience, large ones are a full lightning bolt of crowd energy… but it comes down to economics and an artists situation. So I feel like you have to look at what is feasible to be able to afford to do from your home base.  Some artists are top tier and make good money playing at all of these and some are just starting out,  some obviously at various points in between. Which one is right depends a lot of the circumstances of the band. For my part at this moment…festivals would make the most sense for me at this moment, get my name, face and music in the ears of as many metal fans as possible.  Many may know the bands I’ve been in, but not know my name yet, getting name recognition and fan building is the first step, so that I will be able to tour clubs then take it up to bigger venues. So many well known metal bands, that have much larger fan bases than I do, are still playing clubs in many parts of the world. I look at it as an escalator that moves both ways… if you are not working hard on building new fans, you’re moving down that escalator!

MH: the final words is always to our interview partners. Here YOU get the chance to tell the people out there something, that you think is important, regarding music in general, the latest album or whatever. So, here we go… 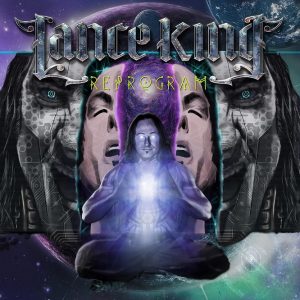 LK: hahahaha I honestly think this question should be first, asking me about the new album, who’s going to read through to this point just on my name alone?  But perhaps some will, those of you that did, thank you! I hope you take a little of your precious time to spend with my new album, it’s called ‘ReProgram’ it’s a celestial metal album… what is celestial metal? Listen and find out… I feel music should have a good message that is useful to the listener, not just a random empty bunch of meaningless or ambiguous lines of words that could mean anything… yes these can speak to people individually, but IMO that is too random and it’s like playing the lottery. This new album speaks about very relevant issues of most people in the world today. I think if you listen to it you will agree, that and it’s got some absolutely beast guitar playing, dynamic vocals and drumming on it, if you like really good players, not just wanking but actual songs this is worth checking out.

MH: thanx Lance for sharing your time and so much in depth info. I wish you all the best with the album and the future efforts and hope to see you perform at some point.

LK: Thanks Amir, much appreciated!