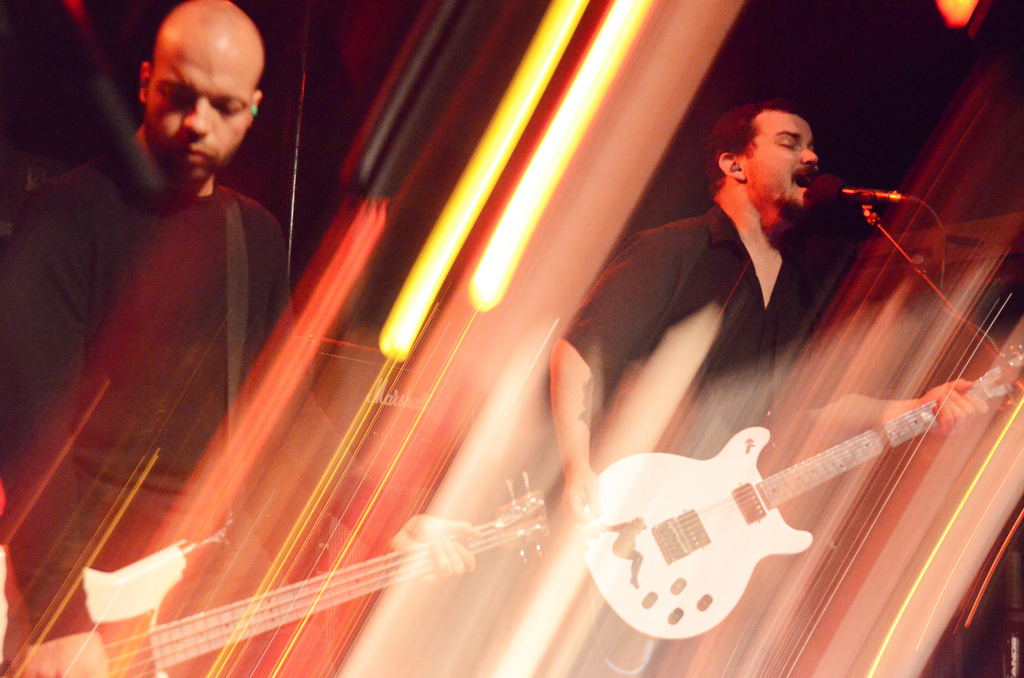 Now, Torche is 12 years on the road, please describe your career in one word.

Can you tell me one moment of Torche which was the worst thing and the best thing that happened?

Had most of our gear stolen on tour. The good thing to come out of it was the help and donations from people to replace some of that gear.

Every record was released on a different record label, is there a specific reason for it?

Every new label was a step up from the last. Some labels aren’t around anymore, so we had to move on.

Since your latest record „Restarter“ you are a band of the Relapse Records rooster, can you tell me a bit more about your reasons to collaborate with them?

They’ve been interested in Torche since the beginning, but we never really worked anything out until recently. So far, it’s a great fit.

Budgets for records are getting smaller and smaller, so how is a record label like Relapse Records supporting you, if you compare record labels 10 to 12 years ago?

They’re a major label compared to our previous labels. They’ve been able to do great things for us so far. I mean, we have our own freakin‘ video game thanks to them!

When you release a new record, do you have a goal on how many records you want to sell? Are you happy with the sales of „Restarter“ and is it worth it for your record company?

We hope for the best, as far as record sales. Our goals are putting out records we like. We’re so scatterbrained, it’s best to have a good label take care of the shit we’ll end up fucking up. Like, self releasing our records. We’d totally fuck that up on our own.

Is Torche a full time band? Or do you have regular jobs when you are not the road to do some cash?

Torche used to be full time job, but it doesn’t pay well enough when we have months off in between tours. We all have jobs when we’re not on tour now.

How did the Stoner Rock/Sludge scene developed from your point of view over the last years? Are there bands or things you don´t like and like?

„Stoner Rock“? I didn’t start smoking pot until recently. The first time I ever heard the term „Sludge“ was about the Melvins in the early 90’s. It’s just as silly as calling a band a „Grunge“ band.

If you can use a time capsule to travel back in the past, which things would you change for or inside Torche? Are there records or songs which you would skip or change?

Tons of songs could’ve been better, but it is what it is at the time we wrote em. We still love playing those songs.

Do you have any plans on a new record? ep? split-single? If yes, can you tell me a bit more about it? When will it come out? How does it sound like?

No plans. We wrote a bunch of songs earlier this year, but haven’t decided when we want to record them. We’re taking a much needed break at the end of the year, so not sure if we’ll have anything out for awhile.

Can you tell me a bit more about the upcoming tour with Red Fang? Are there any cities which you are looking forward to play?

We’re excited about every fuckin‘ show! It’s gonna be a blast

What do you like when you are on tour in europe? What do you do during your spear time?

I love visiting old parts of cities and towns in Europe. During my spare time, I spend a lot of it on Facebook and Instagram. LOL

In the past, you sold special tour edition items like demos, limited vinyl or an EP. Will you this time also offer something special?

We haven’t done that in awhile. Limited shirts and posters mostly now.

At least, I want to ask, what can the fans expect for the european tour? Will you play some old and rare tracks? Or some new stuff?

It’ll be a mix of old and newer material from our records.

Steve! Thank you very much for your time to do the interview! We will see us in Cologne with Red Fang!