MANTICORA – To Live To Kill To Live – Review english 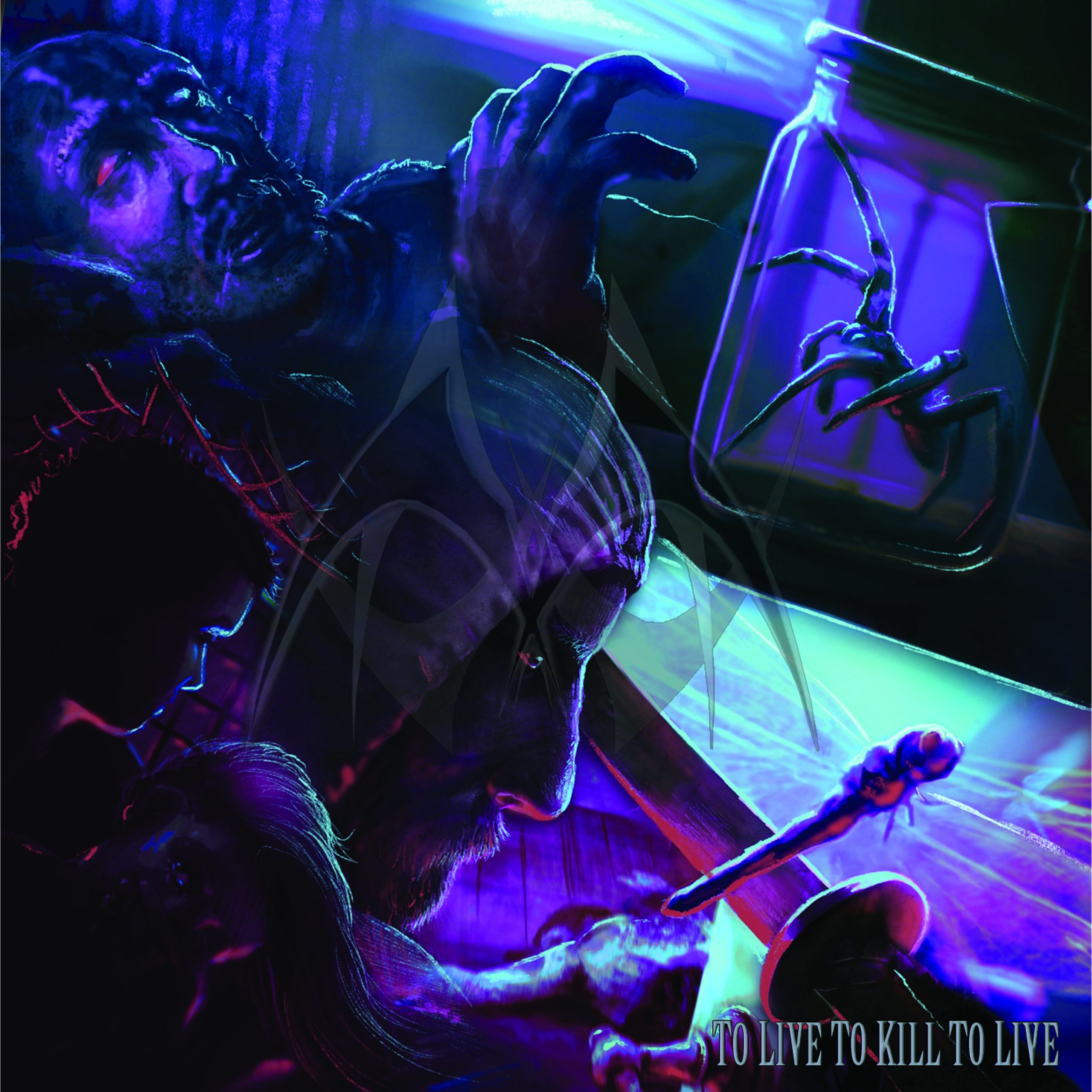 Lars F. Larsen felt the need to write a book several years ago. Background and hanger was a tragic personal experience. Lars was attacked and beaten up by three unknown men in the past. He suffered severe injuries. But this experience also left deep emotional wounds and caused many negative emotions in him, which fed the dark side of his soul. All the pent-up frustration led to immense anger and hatred. So Lars buried himself deep into the dark corner of his soul and freed himself by writing the horror novel „To Kill To Live To Kill“ and so to speak wrote the frustration and hate off his soul and banished it into this story. ( Available here ). Based on this, the first part of the two-part epic with the same title was published in August 2018. Two years later now the second part „To Live To Kill To Live“ (so please don’t get mixed up!). Actually the second part should have followed already one year later, but they took more time. I think they wanted to do everything right to give the already very impressive first part a worthy successor. So they invited

to leave their mark on the album. For example Michael Andersen, lead singer of the Danish group WITHERING SURFACE (new great album „Meet Your Maker“, VÖ 19.06.2020). According to the band, he has given the album a whole new dimension in a bestial way. Another guest musician travelled from very far away. Mal Takeyoshi is guitarist of the Japanese band ALLEGIANCE REIGN and should give the album even more authenticity regarding the novel.

as the basis for a musical epic is not for in-between, but requires full attention. What is the story actually about? De facto it is supposed to be an ultrabrutal horror novel, in which three plots are woven into one story. A contract killer, a psychopath and a japanese sword (Katana) all play a role. Sounds crazy and the music reflects this. We are talking about Power Metal in a way that opens up a world beyond superficiality, a world you can excellently dive into. But this demands a lot from the listener. The song structures are partly very complicated and make use of all kinds of metalworlds, but still form a coherent overall concept. You won’t find any simple knitted choruses. But if you like powerful progressive compositions with all kinds of facets, your heart will jump for joy here.

experiences the album with the epic smash hit „Katana-The Moths And The Dragonflies/Katana-Mud“. MANTICORA take a very unusual way to get started with this almost 15-minute track. And with it they do everything right. You are directly pulled into the story in an impressive way and listen to this work in astonishment. Alternatively, you could also let your brain dance in your skull while headbanging, because it’s getting really intense. Here you get thrashy power metal with epic dimensions on your ears. I don´t even want to talk about the awesome guitar solos. The sound cuts as sharply as the sword Katana from the novel and slaughters everything. The band delivers an awesome show with their „weapons“.

the instrumental song „To Nanjing“ delivers. Here the listener can expect a Far Eastern intermezzo, where a Japanese Koto (plucked instrument) and the metal sound enter into a crazy symbiosis, until the brutal story in the form of „Eaten By The Beasts“ catches up with you again. Epically impressive and quite tricky is it. A hard to swallow chunk with changing appearances. Pushing dark drum-driven parts with heavy riffs exist next to lighter melodic passages. Excursions into epic worlds with impressive choral singing are just as much a part of this as a classical wonderful guitar solo. It is a hard to describe song. The best way to listen to it is just here:

works throughout the whole album and there are a lot of details and stories that want to be discovered. I want to emphasize the song „Through The Eyes Of The Killer“, which I really like. It starts with a small but ingenious drum solo of first class. After that, at first casual melodic guitar chords speak for themselves. It builds up slowly, but is very restrained in terms of speed. The strengths of this song are not the merciless brutality, but rather the expression of distraction and insanity.

„Tasered /Removal“ as a speedy song has for me one of the hottest vocal arches on the whole album. The chorus just does it to me and is a revelation for me. Unfortunately the refrain can only be heard twice, because the song is with 03:15 min (unfortunately) very short.

is introduced with the overwhelming song „Katana-Beheaded“ as spectacularly as it began. A gigantic song with many thrashy parts and a fantastic instrumental interlude.

In any case, I clearly recommend adding the album „To Live To Kill To Live“ to your collection. The musical concept of MANTICORA is on a very high level and captivates the listener.

You can find the German Version of the Manticora Review Right HERE!