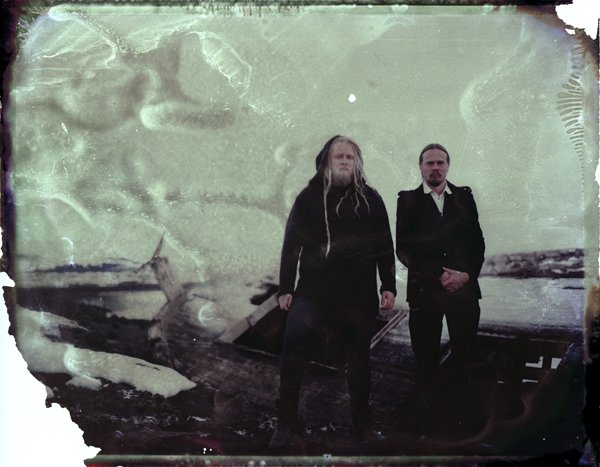 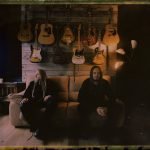 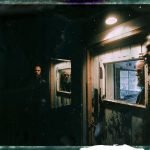 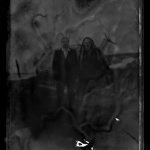 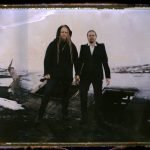 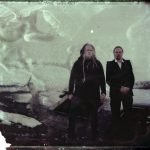 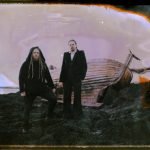 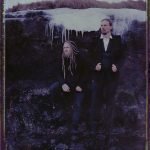 Hi. Thank you for the opportunity to have a small chat with you guys.

First of all I have to admit, that I know nothing about Katla and the people behind it. I just got the CD by random for a review and pretty much liked it. So I asked a friend of mine, Birgit, for Ideas what I could ask. That means the interview is divided into total goofyness and some tricky Questions.

Let´s start with me 😉

I am not that firm about icelands metal music. So how would you describe it? What´s the soul of it?

I guess the duality of endless summer days (really 24/7 daylight) and long, dark, cold winter nights affects our psyche and finds it’s way into the music.

How does Katla fit into this, what´s special about Katlas Sound than?

I think we fit perfectly into that as our biggest source of inspiration comes from the land we live in, it’s desolate but beautiful nature with huge glaciers, black desert sands, and of course the volcanoes. We are after all named after one of Iceland´s biggest volcano.
I guess our specialty is how we mix metal, rock, pop and even edm/idm into our music.

I asked for some songs to be recorded again with english lyrics in my review, you denied and told that the texts are so specific, that they are “untranslateable”. So I wonder how many people you think are in the target group for a band like Katla?

I think people can enjoy the music without understanding the lyrics. One of may favorite bands is Master’s Hammer, and they sing in Czech. I don’t speak a single word in Czech haha! With Katla. we want to be totally 100% sincere and honest, we’re not trying to “make it big” and we’re not trying to be anything we are not. We could never be 100% sincere singing in any other language. I really, really wish more people could understand our lyrics, because we put a lot of work into them and we are very proud of them. But I do hope that at least this sincerity comes through even though people don’t understand the words.

What do you think what kind of People they are?

The people that like Katla. are people of good taste 😉

Do you have a special message for the people who listen to your music?

Yes. Don’t be assholes to each other. It’s all about the love! Also buy our stuff, we’re poor!

As Katla is just two guys, I think you don´t want to tour?

No we won’t, at least not yet. But one should never say never. We’re just too busy with real life; work, school, families.

How much is it a project? Where do you want to go with it?

We see Katla. as a holistic art project rather than a typical band. Bands make music and play live and tour. For us it is all about making art, it’s about creating, not so much about repeated performances over and over again. And because we see the lyrics and the visual aspect of the band to be just as important as the music we say it’s a holistic art project. We do all these things our selves, we write the music, we write the lyrics, we take the photos, we do the handwriting on the albums, we do the layout, we even take our own promotional pictures.

As we had a small discussion lately in the metal-heads chat about some CDs I thought one of us bought from total assholes I wouldn´t even spend a dime if they were homeless, I wonder what kind of guys you are and if my money gets into good hands, if I buy something from you. So, what are you doing outside Katla? – Do you have regular jobs, family, kids? – What do you care about besides yourself?

No worries, no assholes allowed in Katla. haha. We are both fathers, our children are between the ages of (almost) 2 and 19. Einar works in a factory and studies programming. He also has two other bands; Fortíð and Curse.

I work as a tourguide on so called super jeeps (modified suv’s with huge ass tires – google it). So I drive people up mountains, on glaciers, through rivers, everywhere really. And I publish anolog photography under the name Kuggur. (Redaktion:  https://www.facebook.com/kuggurart)

Iceland had some serious incidents the past years regarding the global finance market, the Panama Papers and actually the government collapses again. I think you´re just 300.000 people living there… what´s wrong with you? 😉

Shit! I ask myself that question every day!! And then we go vote for the same dickbags every time!!

In the meantime you folks learned how to play soccer. As half of Europe learned to shout “Huh!”… what do you think about it? Will you become world champion in 2018 in Russia?

Yeh I don’t know what happened, we used to suck at football, and not surprisingly for such a small nation. I mean we beat England in the Euros! That was the second time England exited Europe that week! Hahaha!
And yes we’ll whoop some serious ass in Russia!

Last goofy question: There are more than 2 million tourists on your island each year… Where do you hide all the trolls and fairies in the meantime? How does it change your way of live?

The trolls hide up in the central highlands, eating silly tourists that venture too far without an Icelandic guide who knows how to fight them trolls off!
Tourism in Iceland has now exceeded fishing as our biggest industry. It is responsible for our miraculous recovery from the financial crash we had in 2008. And like I mentioned before it has affected my life personally big time. I really love travelling around Iceland and getting paid to do so! 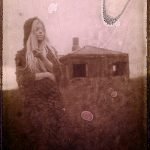 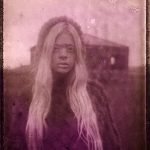 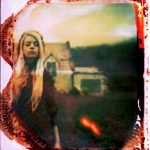 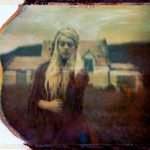 Now on with the specific questions from Birgit:

You devoted the album to your families: How did your mothers say to the song Módirástin?

She loves it! Its her grandmother singing at the end of the song, and my mom loves how it fits to the song and adds to the over all feeling and atmosphere.

It became a very familistic album, the grandmother on the cover, Einars sister singing and at the end a record of Gudmundurs Great Grandmother. How did it get to this?

Actually that’s my girlfriend Fanney on the cover. It’s simply because we like to do everything ourselves. I didn’t have an album cover in mind when I took the photos, we just did it for our selves. My girlfriend has worked as a model for other photographers as well, and her being my girlfriend obviously means we work a lot together.

We needed a female singer for the title track because of the lyrics, and Einar knew his sister had a great singing voice, although she has never sang in a studio before. Again it was just a question of using what is close to us. And I had heard the 1934 recording of my great grandmother from my mother and I thought it would be really cool to use one of the songs on the album. It fits the lyrics perfectly and all.

What´s the Role of Halldór Björnson, whom you´ve called the secret third bandmember?

As a producer he added a lot of great ideas, but we also gave him as a super talented musician totally free hands to add what ever he wanted to our music. You really should check out the new album Midnight Champion by his band Legend.

Could you translate or describe the lyrics of “Hreggur”?

The lyrics of Hreggur are about sailors that know they are not returning to land that night. So instead they sail on “home”. It’s an homage to all the sailors that have drowned in the rough, unforgiving North Atlantic ocean around Iceland.

What are the spoken words of Dulsmál about?

You mean the samples? These are old Icelandic farmers, both of them hermits, talking about strange dreams, the afterlife and the almighty – or rather the lack of it-s presence.

The pictures seem to be dark and in seclusion, what do you want to tell us with them?

I shoot these pcitures on old, expired Polaroid films (so called peel-apart films) and then I put them through a chemical process to get all these strange colours and textures. Again you can find more under Kuggur. (Redaktion: https://www.instagram.com/kuggurart/)

How did reactions like “The soul Sólstafir has lost will surely be found in Katla”? effect you personally?

I’m sure these comments bother them more than me haha. I don’t care really. I’m just glad people like Katla. but I ask them not to forget that Einar is a huge part of Katla.

21st February 15 you wrote “Helldriver is dead – Kuggur lives!” on Twitter. What did you mean?

I simply stopped publishing my photography under the name Heldriver and took up the name Kuggur instead.

Uhm. That´s it I think. Last chance to ask the interviewer anything you´d like to know?

Thank you and remember to support your local jarðvarmavirkjun! 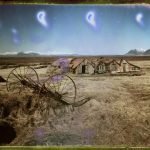 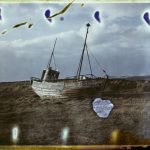 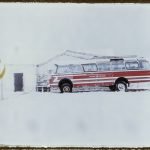 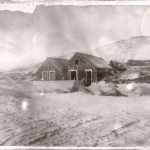 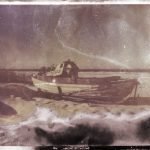 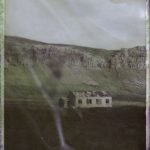 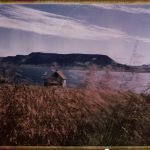 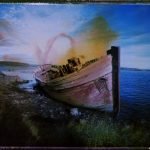 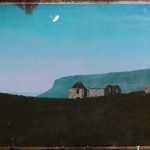 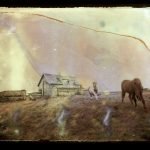 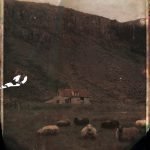 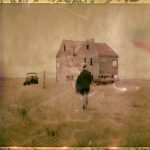 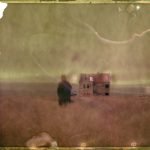 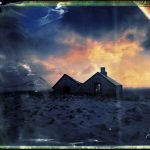