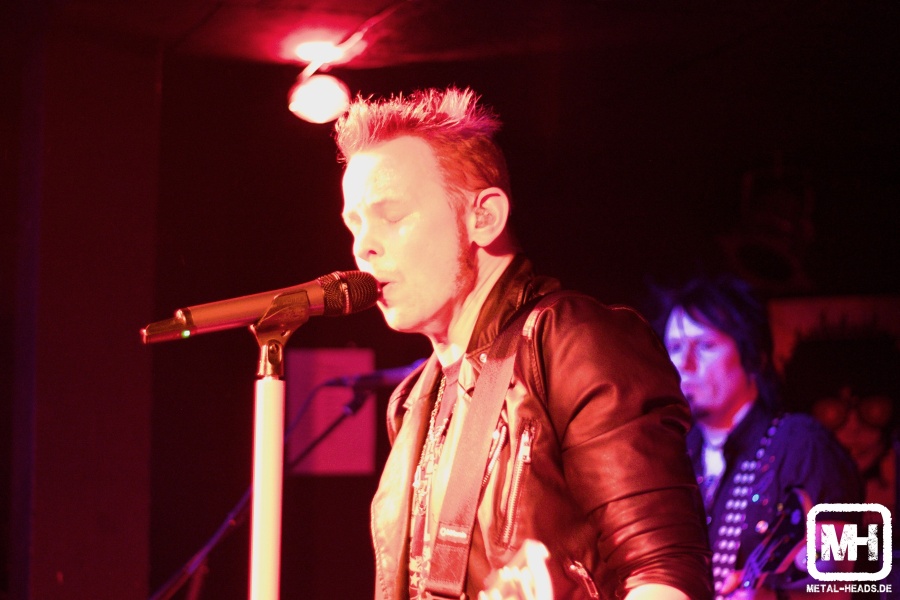 Hello Erik, i’m Uwe from metal-heads.de (mh) and I’m glad to ask you a few questions.

mh: Your new album “Wired” has a lot of potential hits. What is your secret recipe to write such songs on every Eclipse-album? 😉

Erik: We don’t really try to write hits. We just write stuff we enjoy listening to and gets us excited. I happen to like three minute hard rock songs with a catchy chorus. The chorus and title should really poke out and grab the listenes attention. And it’s super imortatnt that every section of the song is interesting to listen to. Too many songs with super boring verses have been made and we don’t need to write more of them.

mh: It’s impossible for me to pick a favorite song on “Wired”, because all songs are very good. Do you have a song, you particularly like?

The golden times of Hard Rock

mh: I like all of your albums very much and I think in the 80’th Eclipse would have filled the big arenas. Do you sometimes wish those golden times (for Hard Rock Bands) back?

Erik: Not really. Well, I woulden’t mind living in a masion and driving a Ferrari ha ha ha but I’m really whappy where I am now. And there are still a lot of fantastic bands making great albums nowadays.

mh: There is a large number of very good Hard Rock Bands from Sweden. In Germany rock bands are mostly ignored by radio and television. What is the situation like in Sweden?

Erik: It’s the same over here. But I don’t remember hard rock being much on radio or television when I was a kid either. But both Rock Antenne and Radio BOB has played quite a lot of Eclipse the last years so we are super happy. Even rock radio in Sweden and Denmark has started to pick up Eclipse on their playlists. But mainstream media don’t touch heavy metal if it’s not Iron Maiden or Metallica.

mh: You are also involved in bands like W.E.T., Nordic Union or Ammunition and you also work as producer for other bands. Is your day longer than 24 hours? 😉

Erik: ha ha ha. Well, I do music for a living so there are many hours I spend in the studio. On top of that I mix and master a lot of albums for bands and artists in my studio called “Mass Destruction Production”. All from Country to Death Metal. But when I write I don’t sit with a glass of wine, candles and wait for inspiration. I start in the morning by picking up a guitar and work hard to write the songs. But it do happens that we make great songs after a bottle of wine and five beers but usually when I’m getting drunk I don’t care for writing music. I just blast AC/DC loud on the stereo!

mh: Eclipse is a really good live band. I hope to see you live again soon. Can you tell us something about your touring plans?

Erik: It’s fantastic to be able to play live agin after such a long time. We have played five or six gig since the release and many more are coming up. We will play in Munich (Backstage) on the 10 of December and Knock Out Festival in Karlsruhe on the 11th of December. Tours are still a bit problematic. Let’s see what happens with the Corona situation during the winter but hopefully a full blown tour next year in the spring.

mh: The last words are yours. Do you have a special message for your fans?

Erik: Thanks for reading the interview and I hope you will enjoy our new album “Wired”. Can’t wait to get back out on the road angain and play these songs and have a good time. So stay healty and dink a cold beer!

Thank you very much for taking the time for this interview!