When did you start POWERFLO? What was the vision of the sound and direction you had? Or did all the things come naturally, time after time? Like a puzzle which is building the picture to a whole!

The idea for what would end up being Powerflo was started as a SenDog solo project that was first discussed between myself and Roy Lozano, that was in late 2014 I eventually got the first couple tracks that were written by Roy Lozano and Josh Lynch in early 2015.

I really didn’t have a vision as far as sound or direction all I knew was that I wanted to get into the heavy metal field. I listen to heavy metal everyday and I felt that I could sound good over some metal tracks with tracks from people I respected musically.

Things started coming together naturally once we got a couple songs going – at that point I thought this has the potential for a really great band. While we were recorded those songs Roy Lozano would describe my rhyme style on this as a powerflo which basically means a powerful style of music with a rap flow hence the name.

You know, I am a German and I am not quite sure about specific english meanings. The first song of the record is called My M O. I did a research for what M O stands and found this definition:

M O stands for Modus Operandi, a Latin phrase that refers to a pattern of procedure. It is most commonly used by law enforcement to describe the predictable way a criminal commits crimes.

Is that right? And what do you mean in the bridge part with “I am a son of a Bitch // Here for the fame and glory“?

Yes my M.O. is the Latin term Modus Operandi and that song is pretty much about myself. When I say „I am a son of a bitch here for the fame and the glory“ what you should take from that is I feel I am a bad ass at my profession and that I am here to successful to furthest point of our ability and talents

Art or music is not like a job from 5 to 9 and done. When did you know for this record a song is done or perfect and fits on the LP just like that?

Every artist should know exactly when a song they gave birth to has reached its point of completion. It is very easy to keep working on songs and keep trying to make them better but from my experience it’s very important that you know when a song is good to go just the way it is. It’s rock n roll not rocket science.

Yes rock and metal have always been a big influence on all of us in Cypress Hill and we all grew up listening to bands like Van Halen, Black Sabbath, Kiss, Aerosmith, Led Zeppelin, Scorpions, The Who and Thin Lizzy just to name a few along with all the great funk, soul and oldies. All the early hip hop was reaching the west coast in the early 80’s, I think I was around 15 years old when music became really important in my life, I first started experimenting with rock and metal in the mid 90’s when I got involved with a band called SX-10.

Which Heavy Metal or Hardcore bands do you like? And which influenced you and why?

My favorite metal bands are Slayer, Pantera, Megadeth, Anthrax, Motörhead, System of a Down, Body Count, Metallica, Soundgarden and Hatebreed. I think I’m influenced by all these bands but not to be like them or sound like them – for instance I am influenced by Metallica’s longevity, professionalism and commitment to their craft. Body Count has influenced me for their aggression and their “fuck you if you ain’t down with us” attitude. I pay attention to what the greats do outside of the studio or off the stage as well the legendary songs that bands create.

Yes Powerflo has a democratic writing process, we all contribute ideas into every song no matter who came up with main idea. I want my band mates to feel like we’re a brother hood one for all and all for one type shit. I think you get the best out of people when we create a team environment.

In my area where I live, it´s the home of a lot of famous Hardcore/Beatdown bands and they changed their style over the years into what I call “Modern Hardcore“. The singing style is rap and the musical direction and the roots are hardcore. But then the sound is more metal and the production is darker and heavier. The style of your record reminds me a bit of that. So is the term “Modern Hardcore“ with this definition something, you could accept or is this kind of „genre thinking“ something stupid to categorize bands and fans, and you think, I should not think that way?

I have no problem with the term „modern Hardcore“, because of the fact that we are a new modern band. And we also have a strong hardcore vibe over all. I just see POWERFLO as a metal band.

Your record is out and you will also play some shows in the US. When will the German fans see you guys on stage over here?

Realistically I believe POWERFLO will be touring in Europe in early 2018. If we can get out there sooner, than that we will.

Finally, our artists always have the chance to say the last words. Is there anything you want to share with your fans and our readers?

I would like to say to all the fans and readers that I am extremely greatful for all the support and respect, that we have been given over the last 26 years. I am very honored to have our music received so well around the globe for all this time. For that I say thank you and for that same reason I stay creative always trying to come up with something that the worlds music listeners will embrace. 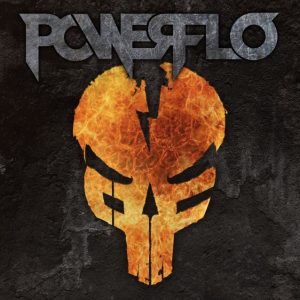