The Three Tremors – Guardians of the Void 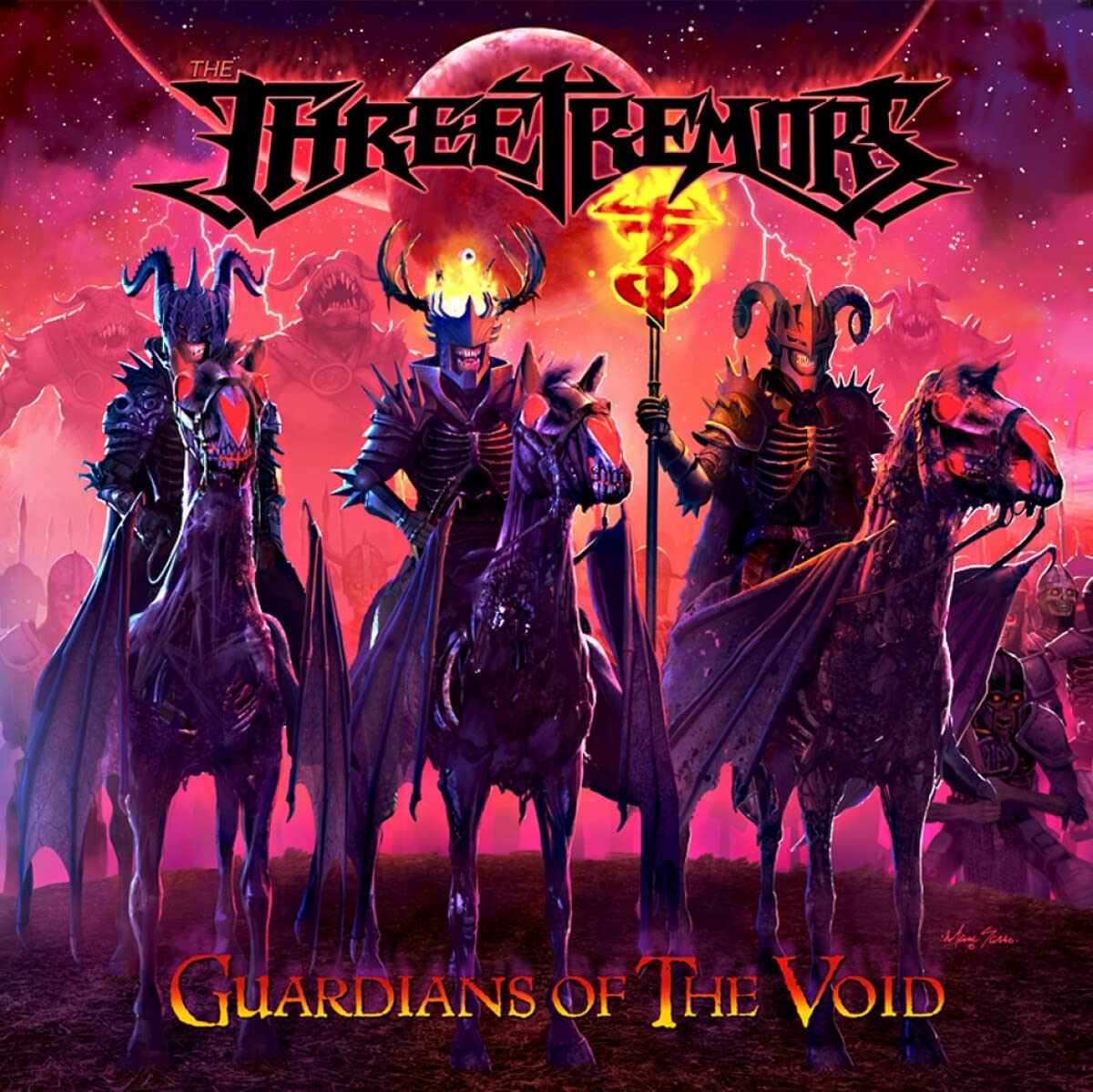 THE THREE TREMORS release second single from the GUARDIANS OF THE VOID album, CRUCIFIER and U.S tour starts next week.

Owens said “This is one of my favorite tracks on the record,” while Peck added, “When the band wrote this song I knew we had a special track on our hands.  It has a super haunting vibe and I love the chorus how it hits.  I am sure my fellow metal heads will dig it like I do.” Harry Conklin chimed in and said, “This was one I insisted we add to the live set.  I can’t wait to sing this with the band.”

This haunting video captures the essence of the song which tells the tale of an avenging angel exiled on Earth and Hellbent on revenge!

Their sophomore effort has been garnering great reviews from the press and their North American tour supporting the GUARDIANS OF THE VOID album is about to hit!

The album will hit the streets Friday, Nov, 5th 2021 worldwide and will NOT be available on the streaming services.

Steel Cartel records releases the songs that go to video streaming platforms, relying on the hardcore fans to support heavy metal and the band by picking up a copy of the physical product.

The vinyl options include unique products like a limited edition variant cover art version and a virgin cover version devoid of logos and titles.

An incredible array of pre-order package configurations for the GUARDIANS OF THE VOID album are available in limited supply at https://www.thethreetremors.com/site/store.html