Tony! I had the chance to listen to your new record and have to say, wow! The new record combines the best of the past 8 records in 1. Producer RAS reinvented the sound of the band with you guys. You tried things, which you never did before. For you as a drummer, what did you do differently or new from what you thought of „this couldn’t I do on the previous records“? Or what was a „new influence“ for you?

We took a step back with the drums and tried to simplify parts. There are times where the drums drop out but are programmed for dynamics. When the acoustic drums kick in it’s a powerful thing. But we’re working out ways to perform these tracks live. After all we are a rock band at our core. Can’t tell you how many times people tell us we saved their life or that our music and message gets them through every day

There´s one word on that record, that is appearing in a lot of the songs. The word is „curse“. You are playing with Papa Roach for nearly 10 years now . Can you tell us one situation, which was for you or the band a curse over the years?

When a band launches onto the scene, and in this case helps create a scene, that can be a curse. People are always looking to categorize bands so trying to shake the “New Metal” genre was the biggest curse. I believe this new record goes back to some of the rap roots but also pushes forward with a fresh, relevant style.

The song „Help“ consists of a deep message. A lot of people are struggling with several personal or daily problems like in the music video. What advice can you give those people to not give up?

I think one of the facts that draws our fans to our lyrical messages is that you’re not alone. We can’t express that enough. The song “Help” is a perfect representation of that message. No matter how bad things can get, people have to stay strong because the good that can come from overcoming depression, self worth, or mental health issues can change their lives. Can’t tell you how many times people tell us we saved their life or that our music and message gets them through every day. We were actually discussing with some old friends about a short tour with most of the early 2000 bands.

20 years ago the band released the very very first record „old friends from young years“. Wouldn`t it be a nice gift for the fans to celebrate this anniversary with all albums of the bands history on vinyl as a collectors box?

I don’t believe the guys would be into going back that far, but anything can happen!

I know, that just the last 3 records came out on vinyl and also guess a lot of fans would love listen to „Metamorphosis“ or „Infest“ on that classic medium.

At some point it would be something special to release a vinyl box set. I know vinyl is picking up steam again and it’s definitely the format I started listening to my favorite old bands on. I still have all of my old records including a box of 45’s.

Some bands which are close and friends are doing some shows together now. Like KoRn and Limp Bizkit last december here in Europe. I know that Tye Zamora (ex- Alien Ant Farm) released a new record with his new band \’mēk\ and not all Papa Roach fans don´t know about the beginnings of both bands. Wouldn’t it be cool for the fans, to hook up Tye´s new band with Papa Roach and do a tour and call to it like the very first record „old friends from young years“?

We love Tye and you never know what could happen. I wish him the best with his new endeavours. We were actually discussing with some old friends about a short tour with most of the early 2000 bands. It would be a 7 or 8 band bill from back in the day. We’ll see!!

Tony! Thanx you for your time to do this short interview! I hope we will see us soon, when you do a tour here in Germany!

Thank you for your interest and maybe you can catch a German show soon. 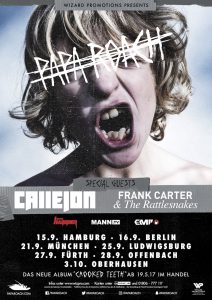 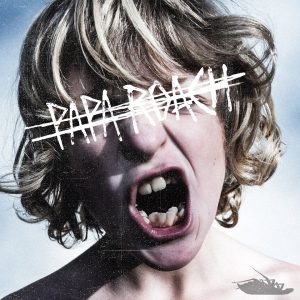