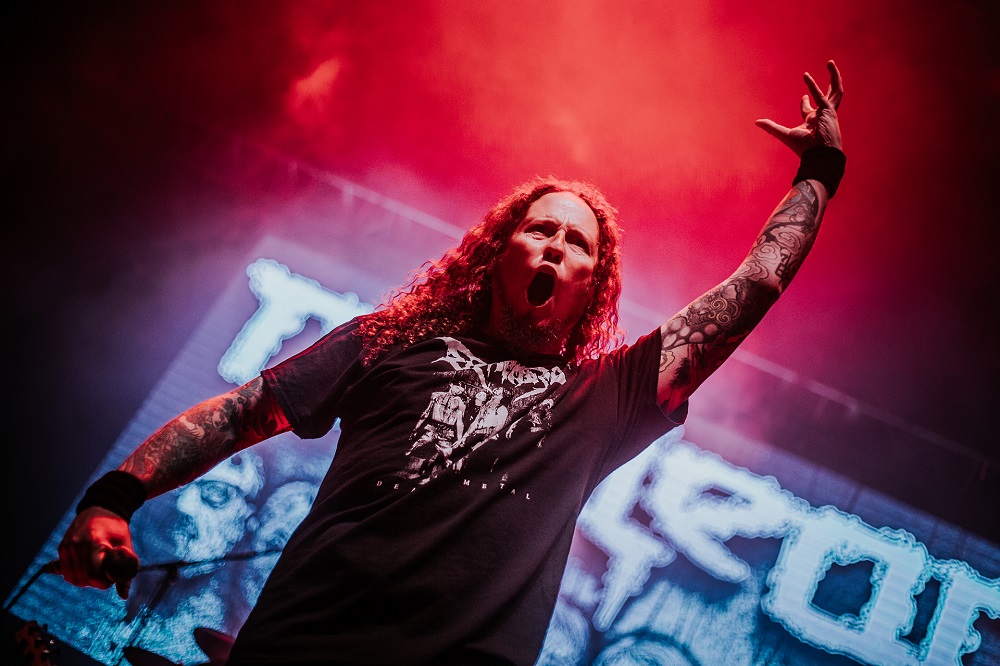 metal-heads.de: Hi, this is Ralf, editor-in-chief from www.metal-heads.de, the German online magazine. We met each other two years ago in Germany. Guess where and when?
Francisco: Hi Ralf, how are you? I remember perfectly – it was during June 2017 at Rage Against Racism in Duisburg. What a great festival, crew, vibe and people. We often talk about that festival during our rehearsals and how much we would love to come back some day. 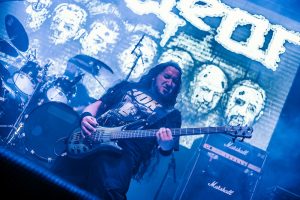 metal-heads.de: This would be absolutely lovely. You blew away the 3000 fans in Duisburg with your extremely mixture of thrash and death metal. What a great gig. Thanks again for this brilliant show. But what I remember even more then your live performance is the time hanging around with you guys in the backstage area. In contrast to your aggressive behavior on stage you were the most polite people there at the bar later. So you all have two different faces?
Francisco: Thanks for your kind words. It was indeed a really nice gig. We did not know what to expect in terms of feedback but at the end it seemed people enjoyed out set a lot. I remember there was also a live streaming so a lot of people outside the festival could watch it online. Backstage afterparty was great as well. We got to meet great people, talk to most of them, share thoughts, music tastes and have a nice time. We are easy going guys, we try to enjoy as much as we can when on tour and at RAR – it felt like home. Onstage is a little bit different, our music isn’t that nice, we talk about nasty things, day-by-day violence, political exploitation and things as such therefore we deliberately change our stance in that regard or better yet, the music drives us to it.

metal-heads.de: Well, let´s talk about music. We heard that you have almost finished your new album No. 6 and will enter the studio for the final mix very soon. Tell us about the album title, the idea behind this record and the proposed release date please.
Francisco: Yes, we are currently finishing our 6th studio record. All of a sudden “Formula For Anarchy” is about to turn 4 years old and we needed something new to keep on going. We experienced difficult times as a band a couple of years ago, we had some problems (label-wise) and ideas did not flow as they should have. Happily, those things are behind us and we are about to have a new album out. We have the album title but we cannot reveal it just yet (we promise you guys will be one of the first to know about it) but we can say it has a different vibe, maybe not that fast (although it is actually pretty fast) but mostly very thick, negative and confrontational. In terms of release date, we need to talk to the interested labels and define one. The initial idea is for it to get released sometime during 2019.

metal-heads.de: Great news from NUCLEAR. Oh man, now I forgot something. Perhaps some of our german readers do not know you until now. Although they should if they like 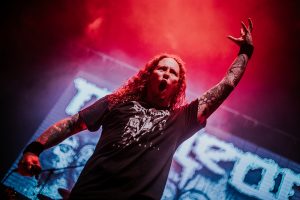 bands like Exodus or Kreator. So please can you instruct them what the band Nuclear stands for, when it was founded origin?

Matías: There is a „first incarnation“ of Nuclear back in the mid-nineties when Francisco (guitars), Sebastian (guitars) and Punkto (drums) founded Escoria, when they were schoolmates in the city of Arica, north of Chile. As Escoria, the guys released a couple of demo-tapes and played several gigs in the small scene of their city. After some changes, finishing school and stuff, they founded definitely Nuclear in 2003 and moving to Santiago, the capitol city of Chile.

metal-heads.de: Southamerican Metal as its finest, I would say, is the short term expression for NUCLEAR. You guys really rock. What are your personal musical ideals? Do like any german metal bands?
Matías: Many thanks Ralf for that. We really appreciate it! We ever like to play heavy, fast and aggressive and think this is the best way to show through the music how we live in this part of the world. It is not easy to deal every day with many issues like social exclusion or political corruption, just to name a few, and we try to use this kind of hostile enviroment as inspiration to create music. In some way, we live hard times in South America, politically and socially speaking. We’re very concern of that and we try to represent our vision of these problems by creating songs.

And about German bands, of course! We grew up listening to some metal classics as Kreator, Morgoth, Assassin, Destruction or Sodom and we still do, we love it. And talking about it: ¿Do you knew it? The very first international metal gig in Chile was Kreator back in 1992, people who attended it always says it was absolutely insane! Over 4.000 maniacs at the venue, riots outside… an „Extreme Aggression“ at its finest. Also we have very good friends in bands such as Prypjat from Köln or The Outside from Berlin, cool guys! 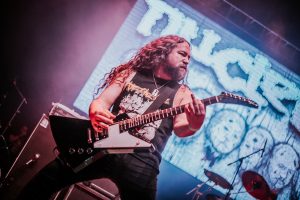 metal-heads.de: I would love to see you live on stage again in Germany or somewhere in Europe. Do you have any tour plans so far for South America or even ideas to come back to Europe?
Francisco: Thanks Ralf! We try to always play and tour as much as we possibly can. Last year was crazy booked, we had many shows, travelled to many Chilean cities, some other countries in South America and did our fare share of shows in Santiago too but for 2019 we decided to slow down a little bit and focus on the new album. Often playing live and writing music do not get along and we felt we needed time. However, and once the album is out, Europe will definitely be in our plans and hopefully we might be able to do a 2019 run over there. Germany is of course one of the fixed destinations!

metal-heads.de: Can´t wait for your upcoming gigs. I promise that the first Jaegermeister shots and Beers are on me then. Well, let´s come to the end of this interview. As usual for our readers on www.metal-heads.de, the last words are yours. What do you want to tell your old and new german fans?

Francisco: Thanks Ralf! Looking forward to those shots & beers! Well, always grateful of the German fans. Every time we go there, we have nothing but good feedback and support at every city we play. It is an extremely passionate and receptive fanbase of metalheads and it became a MUST GO when we tour Europe. I don’t even remember skipping Germany in one of our tours. I don’t think we ever had and I don’t think we ever will. Thanks again and stay on alert about upcoming news. You won’t be disappointed!

metal-heads.de: Thanks a lot for this nice talk and good luck with your new album. See you soon hopefully! 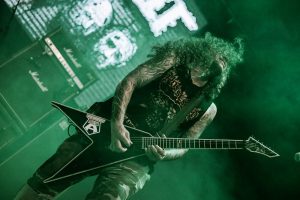 Matías: We hope to come back there as soon as we can to show our new album. As Francisco said, we’re planning new european gigs and of course we’ll play in Germany. Thanks a lot Ralf for this interview it was a pleasure to answer your questions and we had a cool time doing it. Cheers to all of you guys and keep supporting Metal!