Hi – my name is Amir and I´m working for metal-heads.de, since it´s beginning and I´m active journalistically in the music scene for more that 20 years now.  A short while ago, I came across the music of LIZZARD and liked it right away. So – as the band exists for quite a while already, I thought, other people might also have „missed it“ and it might be good for them to know about the existance.

So now I´m happy to give our readers a closer insight about LIZZARD and the music.

MH.de: to start this, I´d like to go to the basics and ask about the beginning oft he band. How did it come together and develop from there?

Will: To cut a long story short, Katy and I played in a previous band together, and at one point we were looking for a new singer as at the time we were just bass drums and guitar. Mat responded to an ad in our local music shop and auditioned for the singing job, so he joined the band, but shortly afterwards the guitarist left, and so Mat took over, and we changed the name of the band to LizZard and started over as a trio.

MH.de: there is a huge worldwide scene of rock and metal music. What would you say, is the reason, that people should be interested in listening to your music? What is maybe „special“ about LIZZARD?

Music – just for fun…again and again

Will: I think that’s for the people to decide. We just write songs that we know we’re gonna enjoy playing over and over without getting bored! We try to be 100% sincere onstage, meaning, what you see onstage is exactly who we are. There’s no acting as we don’t consider ourselves to be showmen, just musicians and artists playing the music that we would like to listen to if we were in the audience.

Katy: If we go by what people say about us, what makes LizZard “special” would be the positive energy we deliver on stage, and that we make our three piece sound like many more musicians!!! 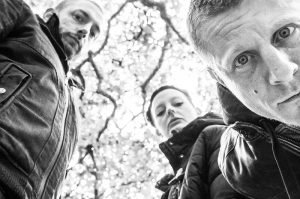 MH.de: it is not very common for a band in this musical style to be a trio. How did you come up with the idea of not needing more instruments oder „manpower“ in this band (or would you maybe like to expand, if you found the right people to join?)?

Will: From the moment we became a trio we never considered recruiting another member at all because when we were jamming or listening back to our material it already sounded really full, so musically & melodically nothing was lacking to our ears. A lot of people comment on how we sound like a 4 or 5 piece band, so I guess that’s why we don’t need more manpower! Mat also uses a real-time looper for some songs, and I use 2 amps (one clean, one dirty) for my bass, which definitely helps the soundscape, and also gives more freedom to creativity when it comes to song writing.

Katy: We love being a trio, it leaves space for each instrument to be really creative and expressive…  I find it way more exciting! And the less people there are in the band, the easier it is to agree on things!

MH.de: where in the scene do you see LIZZARD regarding the concrete style and how did it devlop until 2018?

Will: Again, for me it’s for other people to decide which box to fit us into! We place ourselves somewhere (anywhere) between Rock and Metal, with experimental, art or even prog tendencies. We never aim for any style in particular, so whatever style comes out in our jam sessions usually ends up on the albums. We don’t dismiss any riff as “too metal” or “not rock enough”, if it sounds good it sounds good. The same as we don’t say “this song is too short” or “too long”, if the song is structurally strong, it doesn’t need to fit the prog box by being made longer, or the pop box by being shortened or over-simplified.

The fridge is at least half full…

MH.de: what do you do besides playing music to keep the fridge filled (what´s your dayjob?)?

Will: LizZard takes up a lot of our time, aside from the musical angle there’s all the logistics, endless mailing and social media stuff, so it’s really hard to fit in a “real job” around that. I do a little bit of sound engineering when I can, Mat & Katy both give music lessons. It doesn’t necessarily keep the fridge filled at all times, but half filled is good enough most of the time! 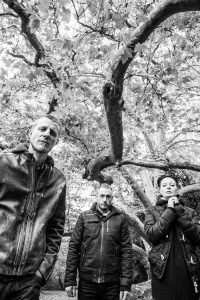 MH.de: I bet you had a couple of chances to play festivals, as well as club shows or larger support gigs. What do you like best and why? If you could pick a band to play the support slot for, who would that be?

Will: We like both of the extremes, the small intimate venues are really cool and often you get the best sound, albeit slightly garage sound in those places, but we love that, and playing in front of big crowds at festivals or larger venues is also great fun. I think I prefer intimate venues.

We’ve done tours with some of our idols already. Opening for the Adrian Belew Power Trio was amazing. And more recently toured with Pat Mastelotto’s band ORK which was cool. Ultimately it has to fit stylistically, so touring with any band similar in style to us would be amazing, Karnivool, Tool, A Perfect Circle… But we also enjoy playing with bands who have a different audience, you meet new people, & different people.

Katy: We also did two tours with SOEN which was amazing fun! And speaking of idols, we also opened for Terry Bozzio which was a fantastic experience. I was also lucky to do some drum clinics alongside Carmine Appice who has become a good friend.

MH.de: on many albums there are „famous“ musicians appearing as guests. How do you think about that? Which musician would you choose and are you planning to do something like that , too?

Will: It would have to make sense musically, rather than just enabling putting a famous name in the credits. If one of us had an idea like “wow! so & so’s voice would really work on this song”, and we got in touch with them and it went ahead, then sure. But I can’t think of any exciting feats off hand, apart from a few musicians who are dead! Maybe Hendrix, Bowie or Bonham! 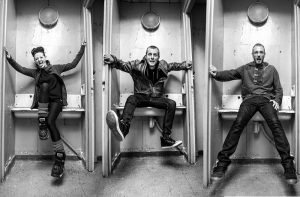 MH.de: usually interviews like these are used to basically talk about the new release. I wanted to start at another point (which we did) and give our readers a closer look about your band. But now, I also want to talk about the new album „shift“ (which just came out on 23.02.2018 – a review is online on our website for a while already). In how far are you satisfied with the result and what can we expect regarding live activities to coincide with the release?

Will: Although we’re never 100% satisfied, this is the happiest we’ve ever been with a release. We are happy with the songs, the recording sessions, and the production. But there are always a few things that with hindsight we might have changed or done differently, so I’d say we’re 90% satisfied!

Katy: This album feels more like it conveys our musical message more concisely than our previous albums. We are also more satisfied with the production, and had a load of fun during the recording process! Altogether a satisfactory experience from our point of view!

For live activities we toured throughout Europe (18 shows) in January already, and we’re looking to do a similar tour in September. Between now and then there are a few shows here and there, and a few festivals also. People can see all the dates on our website.

Our US label has also invited us to New York in June to do a lot of promotion and showcases. So we will be pretty busy again this year! 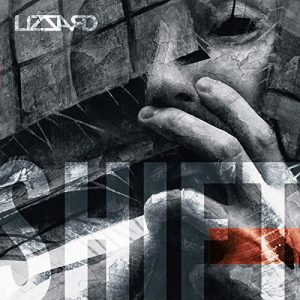 MH.de: it´s a tradition for us to let the artist end the interview with some last words. So what´s your message to the people out there, reading this. To old and new/upcoming fans. What do you have to say at this point?

Will: If you’ve made it this far through the interview, thanks! And please go one step further and check out our social media pages! It’s really important for us to see our new fans and get feedback from you all. Cheers!

MH.de: thanx a lot for your time. I really hope to see you rock live on stage at some point in the future! All the best for LIZZARD until then.

Will: Thanks! See you soon at a show in Germany!