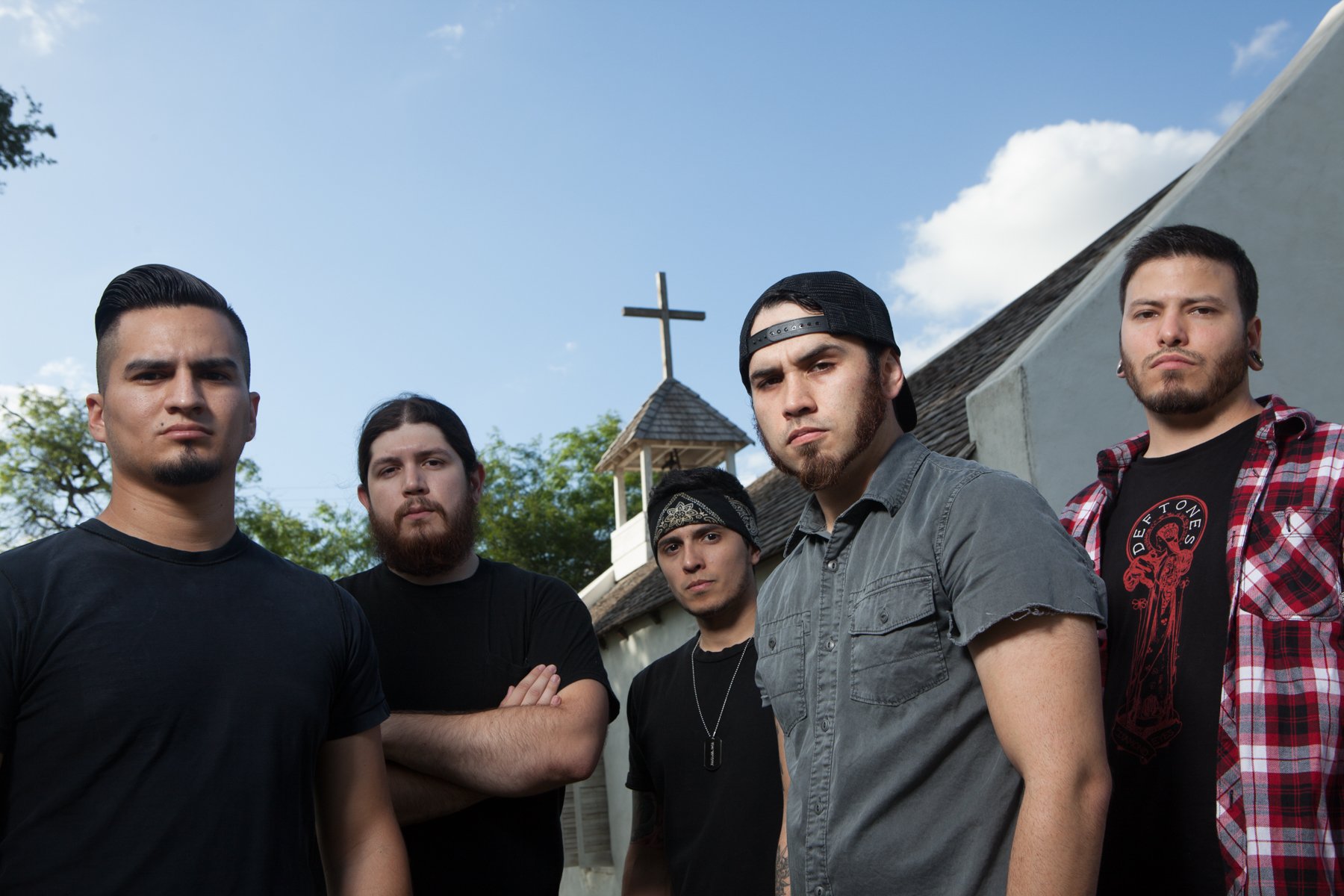 Metal-heads: „Hi guys! We are metal-heads.de, THE German online music magazin for fans of loud and hard music. We are proud to have the opportunity to have this interview with you today.

SONS OF TEXAS: Thank you for interviewing us!

Metal-heads: First, please introduce yourselves to our readers!

Metal-heads: Your debut album „Baptized In The Rio Grande“ will be released in Germany this Friday, November 6th. Can you please explain our readers how you came to the album title?

SONS OF TEXAS: Yes definitely. The idea was actually a title for a song that Mark had pitched and since this was our debut album, we found it to be perfect to let people know where we come from.

Metal-heads: The US relase has been in February this year and you started right into the charts. Were you surprised about the success of the album or is this just the result of hard work?

SONS OF TEXAS: A little bit of both. We worked really hard on the album and had high expectations for ourselves but this is all still a dream come true so hearing that the first week sales did as well as they did was awesome!

Metal-heads: We heard the CD several times now and have to say you produced a great album. The sound is fantastic, the mix between hard and soft parts, the brillant voice of Mark, some midtempo tracks but most oft he songs is perfect Nu Rock. What really makes us afraid is the fact, that your music sounds so wise, so complete as if you would all be in the fourties. But you are all in the early 20th with your ages. When did you started with making music? When you were 3 years old? (just kidding)

SONS OF TEXAS: Thank you. That’s a great compliment. We started making music together as early as 2003. Mike, Mark, and Nick had started a band long ago to win a battle of the bands at their high school. As for myself , I remember writing guitar riffs as early as maybe 11 years old. Song writing is a craft that you can never perfect but we always try to outdo ourselves with every song we write.

metal-heads: What bands, what musicians influenced your music sound? Who is your ideal?

SONS OF TEXAS: Off the top of my head, the bands that most obviously show in our sound are Pantera, ZZ Top, Sevendust, and Stevie Ray Vaughn. My personal hero would have to be Dave Grohl. The guy is just amazing in every way you can be.

metal-heads: Germans always like to compare music with other music. Although we from metal-heads.de think that you sound like the SONS OF TEXAS – that you have created your own way of music – we are sure that there will come comparisions to bands like CREED or the early NICKELBACK sound. Is this a proudid for you or don´t you like to be compared only?

SONS OF TEXAS: Any comparison to a huge successful band is always a compliment for us. We expect to be compared to bands that have come before us. It’s the only way people are able to describe something new. I think the more our fans listen to us, the more they start to group us into our own category cause none of the bands that we are compared to have ever done it the way we’re doing it now.

metal-heads: Your sound is tough, a great bluesrock and heavy mix, loud but not brutal, with great riffs and shouts, just varied sounds for everyone. „Nothing King“ is one of our personal favorites.  How becomes a song like this generated? Who writes the melodies, who is your songwriter for the lyrics and where do you work on this songs? In the tour bus? In your own studio? Or on a ranch out there in the wideness of Texas?

SONS OF TEXAS: Hahhahahahahahha you know something? Being from Texas and proud of it, we probably don’t fit the typical stereotype of what a Texan looks like with the cowboy hat, chaps and southern accent. We’re actually all Hispanic coming from just miles away from the Mexican border. Nothing king started out with the simple straight forward chug riff in the verses. Mark took the flow of it and wrote the lyrics and melody based on his boss at work. If you watch the music video for baptized, that room is actually where we practice and wrote all of our songs as a band.

metal-heads: Coming to some softer album tracks: your midtempo songs like „Breathing Through My Wounds“  or „September“ that are really radio-suitable. Is this the soft side from SONS OF TEXAS?

SONS OF TEXAS: It’s definitely the softer behind of the band. But we can definitely get softer if need be.

metal-heads: We haven´t heard your live-sound so far. So when do we in Germany have the chance to see you on Tour?

SONS OF TEXAS: Hopefully spring/summer 2016 will unite us! We have a great team working on that as we speak.

metal-heads: Getting personally: all of you come from the small town McAllen in Texas, right? . Describe our readers how life is there and how you met? As we know you all came from different bands, right?

SONS OF TEXAS:  McAllen is kind of the central city surrounded by many other cities that make up a big part of the Rio Grande Valley. There’s a great music scene down here and most of the population here is Hispanic. However, you don’t hear of a lot of bands, rock bands especially, coming out of the valley and taking their music worldwide. We feel very fortunate to be one of the handful of acts to have the opportunity to do so in a long time and we don’t plan on taking it for granted.

metal-heads: How are your personal relationships? We suppose that Mick an Mike are brothers?

SONS OF TEXAS: We’re pretty much all family at this point. We spend holidays, game days, and just random weekends hanging out and barbecuing. We all have wives and girlfriends and kids that make up the foundation of what the heart of sons of texas is and that is family.

metal-heads: You now have the chance to tell your german fans something special. Make some noise or just advertise your album and tell them why they have to hear and to buy the album. It is your time now…

SONS OF TEXAS: …oh man, any of the guys will tell you that I am the worst when it comes to having things to say that don’t embarrass us as a band but I’ll say this… Go out, buy the record, be the first in your group of buddies to know who we are and you will forever be commended amongst your peers. But on a serious note, give us a listen, drop us a line on social media and it’ll be us that responds. We love interacting with our fans!

metal-heads: Thank you very much for this short interview, Jon! We look forward to see you in person here in Germany for having a face2face interview then. You guys rock. We from metal-heads.de wish you all the best and good success with your debut album! See you…..

SONS OF TEXAS: You’re very welcome! Thank you for interviewing us and we will see you soon!