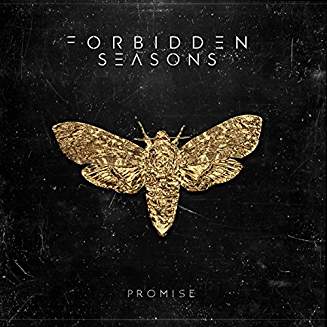 Metal-heads.de: Hi guys, I´m Ralf from metal-heads.de. I have never heard from you before. So please introduce yourself, the whole band and your music to our readers:

Hi everyone! Our names are Mark, Symon, Danny, Paul and Fede. We are five guys form the same town, with a common dream; we want to live for music and build a big fanbase to share experiences with. So in 2016 we decided to create the metalcore band Forbidden Seasons. Our sound fits to many listeners; it’s both aggressive and melodic, with powerful vocals, explosive drums and epic orchestral samples.

Metal-heads.de: So you are a really new and fresh Italian hardcore band and very young guys. Who is your musical idol? What are your personal heroes?

Mark’s favorite bands are Underoath and Memphis May Fire, and his idol is Matty Mullins.

Danny’s favorite bands are Northlane and Rings of Saturn, and his idols are Lucas Mann, Ian Bearer and Jason Richardson.

Paul’s favorite bands are Metallica, Architects and Asking Alexandria, and his idol is Zack Wylde. 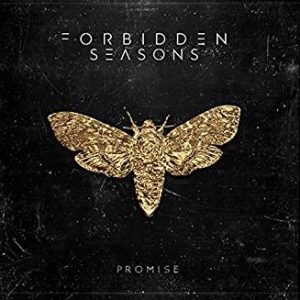 Metal-heads.de: Your first single is named „Illusion.“ Tell us about the idea behind? Who does the songwriting in your band?

Illusion was our first videoclip; we filmed it with our friends in Lucernafilms, one week after danny and fede joined the band. We wanted to film it in a very wide and open space; unfortunately that day was very foggy but we succeeded in making good shots anyway. It was also very cold, we were freezing to death!

Everyone helps in writing songs; usually the main idea is brought by our guitarist Symon, after developed by Fede with drums and synths. Voice is usually the last to join the song.

Metal-heads.de: Forbidden Seasons exists since 2016. Although you are active for less than 2 years you already played in Russia. How was this experience?

It’s been an amazing experience, definitely the best two weeks of our entire life! People were fire, and they showed so much love and support. We can’t wait to be back on the road!

Metal-heads.de: Are there differences between italian and russian fans?

In Italy there are not many metalcore fans, and the few follow only the top famous bands; anyway Russian fans were so kind and a feeling was immediately established. We will never forget them, and we can’t wait to see them again!

Metal-heads.de: As we are a german music magazin, we really would like to know if we have the possibiltity to see you playing live somewhere nearby? Do you come over the alps for some summer open air festivals perhaps?

We really hope so! We’re setting up a tour plan, and we’ll share all of the informations as soon as possible!

Metal-heads.de: Do you have further future plans like recording a new and full CD? Until now there is only one EP called „Paramnesia“ right?

Actually our new full-length album came out on March 16th; it is called Promise, and it features 10 original tracks plus one official video for the song Thank You For The Venom, actually on YouTube!

Metal-heads.de: Getting personally. You come from Turin. How is life there and how is the music underground especially in your hometown and generally the Hardcore and Metal scene in Italy?

Life in Turin is kind of boring… Unfortunately, metal in Italy is taking a back seat in music industry, which is more and more focused on pop and rap artists. So the few metal bands find it hard way to emerge!

Metal-heads.de: So it must be hard touring in other countries and missing your good food and family or do you enjoy this?

Of course when you’re on the road you may be a little homesick, but it definitely worth it; touring is the main goal for every band, and there’s always time go back home and relax… later!

Metal-heads.de: As in every interview the last word is one you. So what do you want to let our readers readers and hopefully news fans from Forbidden Seasons know?

We love every single person that supports us and metalcore music; remember to follow your dreams even if it’s hard or if you have to leave everything behind to make it. Keep your heads up high and never loose your flame!

Check out our new album Promise, out now on digital stores; many news are coming really soon!

Metal-heads.de: Thanks a lot for this interview. Or better. grazie mille!

Thanks to you! It’s been great to talk, ci vediamo presto!