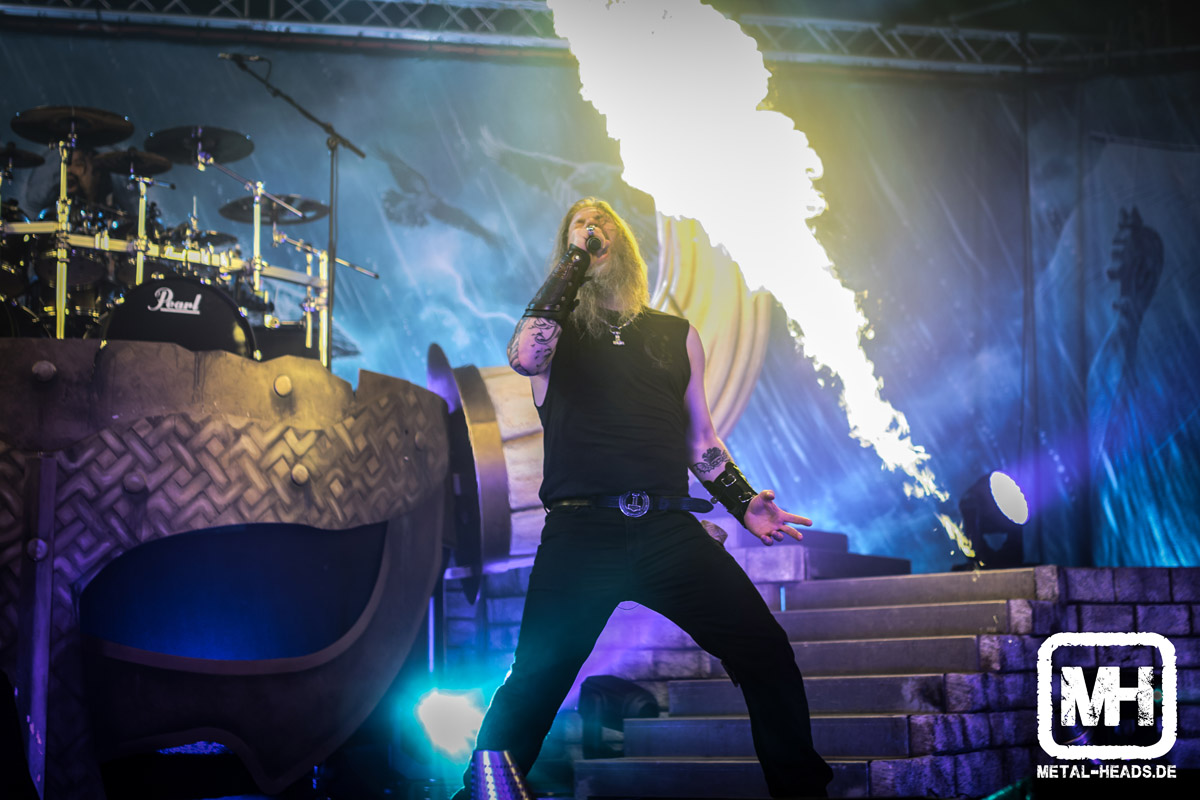 Hi Ted, this is Frank from Metal-Heads.de. Thanks for taking some time…
Hi, I’m Ted from Amon Amarth!

MH: Amon Amarth is existing for about 25 Years now. We’re really looking forward to your brand new documentary „The Pursuit of Vikings“, which will be out on 16.11.2018. How does it feel, to watch your own little movie?
Ted: It feels great, and it’s a bit surreal. We play music, and to watch ourselves on the big screen with our friends and wives sitting next to us, how insane!

Strong troughout all the years

MH: The Band seems to be a strong unit throughout all these years. There was only a change at the drums i think and Jocke Wallgren fits in perfectly. Is it the right chemistry between old friends? Or just the proper professional attitude?
Ted: We try to be professional all the time with our attitudes. Jocke is a drummer that is very spot on all the time, so it makes us have to play tight as well. He tries to make our lives easier, but really we have to practice more to stay tight too. He has that young blood inside of him, so he becomes a machine.

MH: Amon Amarth managed to climb to the top of the Metal Universe with the viking theme. Do you sometimes feel that this thematic restriction is more of a burden when it comes on writing new songs? Is it possible that you will leave the way of the vikings someday?
Ted: We never feel that the Viking theme is a restriction. For us, we are just singing about our history. It would be like asking a black metal band to stop singing about Satan. There are hundreds of different directions we can go, and if you listen to some of the lyrics, and just picture it as a man on the street, it can apply to him too. We sing tales about death and overcoming adversity, it just so happens to be tales about the Vikings.

MH: Your last album „Jomsviking“ was a concept album, which reached #1 in the German album charts. Your first Number 1 album, i think. Did that come as a surprise to you or was it the price for constant hard work?
Ted: We just released a DVD called, The Pursuit of Vikings, and parts of it are documentary style, taking a look back on where we started. We have been a band for twenty five years, so I would like to think that this is the price of all of our hard work. But it really is a shock! We are just out here playing music we love, and that happens! Here’s to the next #1!!

MH: „Jomsviking“ came out in 2016…can we expect a new album in 2019? And most importantly, will you raid the german stages in 2019 again?
Ted: We hope so, but you’ll just have to wait and see! German stages prepare to be pillaged!

MH: The last words at Metal-Heads.de always belong to the interview partner…
Ted: We just always want to take the time to say thank you to all the fans that keep buying our albums, and coming to the shows. Without you guys we wouldn’t be where we are today, Thank you so much!

Thanks for your time Ted 🙂

Schlagwörter: AMON AMARTHInterviewTed LundströmThe Pursuit Of Vikings: 25 Years In The Eye Of The Storm