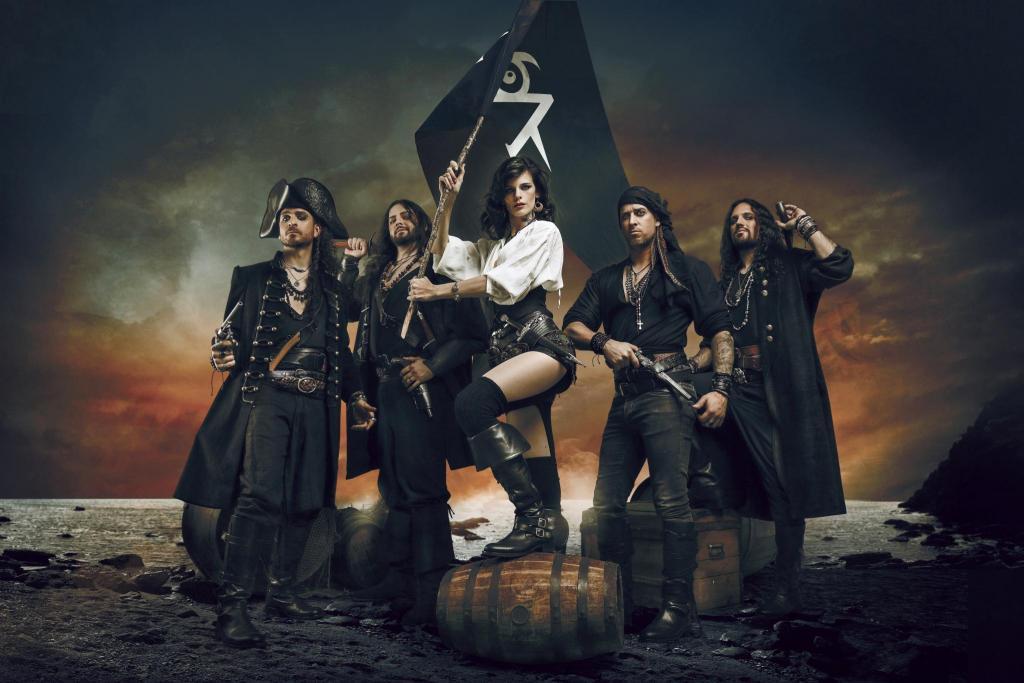 Hello, i’m Uwe from metal-heads.de (mh). We are the official press partner of the Rage Against Racism Festival. I’m glad that you take time, to answer me a few questions.

mh: You’ll play on the Rage Against Racism Festival 2022. Have you had personal experiences with racism?

VOA: Hi Uwe and thanks a lot for inviting us for this interview. Meek is answering to you. Unfortunately racism is something we all face sooner or later in our lives. If not directly with events happening in our environment. The biggest problem comes from the generalisation of things. Sometimes, after a specific event happens somewhere in the world, an entire category is immediately judged in a certain way… all of a sudden the way people look at others just changes. Just one day from another. Luckily I have never been personally involved in strong events coming from direct forms of racism, but here in Italy there’s quite some work to do, as it often happens that the news are mentioning violence, even murders caused by unexplainable racism.

mh: I think you know the line-up of the RAR 2022. Are there any bands you particularly like?

VOA: This festival is getting stronger and stronger year by year and it’s cool to see so many cool names indeed! I was personally interested in Aeverium, which is a band I’ve started to follow with her previous singer. I am really curious about the new line-up which I’ve never seen live. And of course Borknagar is in my hi-interest list! I’m a huge fan of Vortex and this will be the first time I can see them live. I am sure that so many other bands will be great discoveries…I’m definitely looking forward to attending the shows.

mh: I like your new album “Pirates” very much. I hope we will hear some songs of “Pirates” on stage. Can you tell us something about your new release?

VOA: I can tell you that we are extremely excited by finally performing “Pirates” live. Your desire of hearing songs from it live will obviously be fulfilled. We’ve been working on it for more than a year and now seeing it coming to life, shaping its form in the live dimension and unleashing its potential is just amazing. We believe this records marks a huge step forward for Visions of Atlantis: we changed producer, we changed the entire workflow from the songwriting to the recording process…everything is different from the past and I believe this is the reason why this record is receiving such a good feedback. I’m curious about its impact on the summer festivals!

mh: You’ve had a lot of line-up changes in the past. Now it seems like you’ve found a stable line-up. I think that was good for the new album. Are you the same opinion?

VOA: Absolutely. This line-up is not only extremely strong on the professional level, but we truly are friends who have faith and who fully trust each other. Everything is so smooth, everything is flowing so easily. Even after intense touring, after weeks and weeks spent in a tourbus, no matter the conditions and no matter the distance from home…we still can’t wait to be together again the next time. It might sounds “obvious” to many, but it’s not. It really feels like we belong together, and it’s just wonderful! And of course…this has an impact on everything in the life of a band. Yes, to the music too, as you mentioned.

mh: Thank you very much for the interview. Do you have anything else to say to the visitors of our festival?

VOA: We can’t wait to hit the stage! After two years in which playing a summer-show was a bet against Covid, it really looks like finally the summer-season will happen without issues, without restrictions, without masks. Life is coming back as we remembered it before the entire pandemic so it truly is time to enjoy every moment together! My suggestion to the visitors is: come prepared! Take a listen to pirates because we want you to sing with us and join our pirate-adventure. The point is having fun all-together right? See you there!