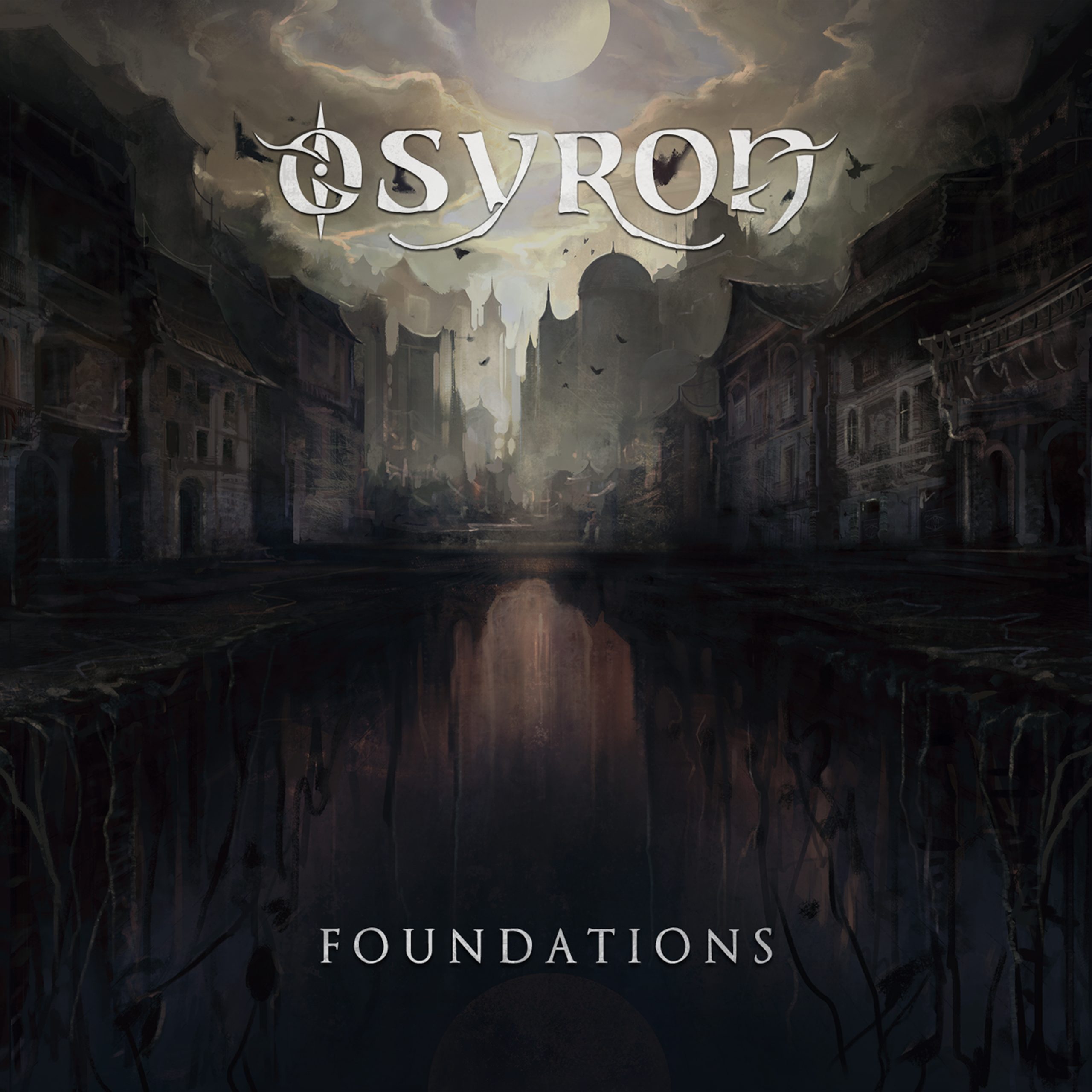 The Canadian prog metalworkers OSYRON have taken a very serious issue and deal with painful historical events in the history of Canada. First we enter the timeline in the 18th century and at this time

the Assimiliation of the First Nations

(Indigenous people) are moving faster and more brutally. When advanced industrialized nations and military powers sent their ships on so-called voyages of discovery, nothing good came of it for the natives of undiscovered countries. Indigenous peoples were pushed back and/or oppressed to claim and colonize areas. This was done almost exclusively by force using modern weapons and therefore unfortunately always claimed many victims among the natives. With regard to this, OSYRON gives us an exciting history lesson not only thematically, but also acoustically. Canada has grown out of bloodsoaked soil as a nation.

reckons very ruthlessly and clearly with the theme of the colonization of Canada at that time, in which the English and French played a major role. But Canada is just one example of many of the brutal recklessness of the world’s great powers‘ brutal recklessness in discovering or conquering new countries. In this context, OSYRON distributes painful verbal blows to the Christian mission. It is made clear in the song that under the guise of the Christian faith in the name of God, the First Nations (indigenous people) was tried to convert. They said: „Take our culture and faith or die!„

As a symbol of the Christian faith, the song title

was chosen. This symphonic power track conveys a cinematic feeling, whereby it is already possible to create a threatening mood right at the initiation. Then the ground is shaked of powerful drums supported by a fat bass, which is accompanied by rough hard riffing. Every now and again a buoyant battle cry is heard to make the subject clear. The sound garment is orchestral and this becomes a realsymphonic metal epic song. The melody arc with the excellent vocals (in the above-quoted chorus) is fantastically successful in its epic appearance. Then a vocally and instrumentally angry aggressive part fits in, which makes it crack powerfully.
The spark is ignited and the following song

continues historiography with equal rigour. However, we are in the 19th century, more precisely in the First World War. Here we are reminded of the futility and merciless brutality of the war. The arrogance of high-ranking military and political leaders with their
misjudgments led to one of the bloodiest and most lossy, but also most senseless, battles of the First World War. It was the Battle of Passendale in November 1917. During this battle and the months-long battles before it, thousands of soldiers lost their lives, including many Canadian soldiers (about 16,000).
Musically, the song „Ignite“ performs with a very dense atmosphere. The riffs and the grippy bass in combination with the powerful drums lead to an insanely voluminous sound. Here, the battle cry, which was already used in the first song, is also used in places. The song has the most progressive touch on the album and comes out from minute 02:44 even with oriental-looking sounds and this has a great special feature factor.

We are in the year 1813. It is about the Battle of the Thames River, in which the Americans waged war against an English/Indian alliance. The visionary Tecumseh was a respected chief of the Shawnee tribe. His dream was an independent North America in which Indians and settlers could live together in peace. He tried again and again to unite all the Native American tribes in order to defend themselves against the Americans who wanted to conquer the country. He had never been able to achieve this goal completely. In the end, he was even let down by the British army and the Indians suffered a devastating defeat. In this battle, Tecumseh also lost his life. His courageous determination is still legendary to this day.

is an atmospheric track full of feeling and it carries a certain sadness at the beginning. It begins quietly with acoustic guitar and vocals. In the further course, perfectly tuned drums join in. Every now and then the sounds of an electric guitar resound through. Before the furious finale, the singer gives up with a powerful voice together with choral singing in the form of „Ohhhoooohooo“ Indian heroic feeling. Fabulous guitar solos are followed and the song becomes a powerful epic homage to the fighting spirit and courage of the Indians.

takes up the issue of loss and grief. However, the song musically processes the theme with feisty riffs and rocky attitude. Together with the powerful vocals, Song becomes a battle cry against grief. „Positive thinking“ is required here. One should love and live his life and bury his sorrows and fears in honor of those who have left us.

presents the opulent title track at the end of the album. This can boast beautiful filigree acoustic guitars with a quiet and fascinating beginning. Gradually, the song gains strength until the electric guitar finally sets the tone. The epic finale ends the brilliant album. In this case, the content of the song has an ever-constant topicality. In doing so, OSYRON denounces the grievances and injustices in the world and demonizes the impotence with which one faces all this suffering. We must not forget the crimes of the past. So we must continue to stand in the way of injustice and hatred!

OSYRON dress serious themes in impressive high-quality sound robes. In addition to the appealing listening pleasure, one should actually deal with the textual content, because OSYRON has an important message! The music is as described very first cream and so Foundations is rewarded with 9/10 Points.

In a few days you can find an interview with Osyron about „Foundations“ and more HERE!