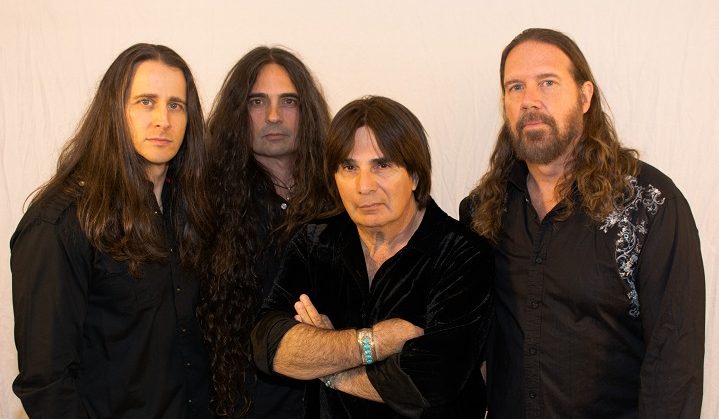 Hi, I’m Uwe from metal-heads.de (Mh). I’m glad that you take time to answer me a few questions.

Mh: Your new album “Stand Your Ground” will be released in a few days. I think it has the breath of the golden 80´s Power Metal-Sound. Is this right? And do you think there’s still a market for that kind of music?

Jack Starr (JS): Hi Uwe and a big hello to the metalheads reading this. You are right this is stylistically an 80’s metal album that happens to be released in 2017 but the truth is, I think that the engineering by Kevin Burnes and the production of Bart Gabriel is sonically much more complex and interesting than most of the heavy metal music from the 80’s including my own work from that time period. As far as whether there is a market for this kind of music? My answer is YES!

This is a style of music that will always remain alive. When I started the band Virgin Steele in 1981 I was one of the creators of what we now call Power Metal and I believe there will always be fans for this intense and melodic style of metal and I am proud to continue to make this music that I love and gratified that are many people who still want to hear it.

Mh: I’m a child of the 80’s and I absolutely like your new album very much. One of my favorites is the main title “Stand Your Ground” which is with over 10 minutes also the longest song of the album.  It has so much variety and reminds me of the long tracks from Iron Maiden. Can you live with this comparison?

JS: Yes I think it is a fair comparison but I am not influenced by Iron Maiden though I do think they are a great band, what is important to understand is that if there are any similar aspects in the music it is because I have been influenced by some of the same music that also influenced them, so I can say that we have this in common.

On the song that you mention the title track entitled „Stand Your Ground“, this song is quite long and has many different musical movements and time signatures and this is something that Iron Maiden also does but before Iron Maiden did this, the band Deep Purple was creating epic songs with different parts and time signatures in the same song and before Deep Purple there was a band called The Vanilla Fudge who were a big influence on Deep Purple who also recorded epic songs. So the point I am making is that everyone in music is standing on the shoulders of those that came before.

Mh: A lot of the songs seem to be written for a stage performance. Is there a chance that we can see you live on stage with Jack Starr’s Burning Starr here in Europe and especially in Germany soon?

JS: This is my dream to come back to Europe with Burning Starr and play these songs alongside our classic songs from the past albums as well and yes you are right, often when I am writing a song by myself or with Ned Meloni we try to envision the crowd at a concert and how they would react to different parts of the song and we will in some of the songs create parts that we know that an audience would want to sing along with as they did on our tour when the audience would sing along to the songs we played. For me the sound of an audience singing along to one of our songs is one of my favorite parts of playing a concert. 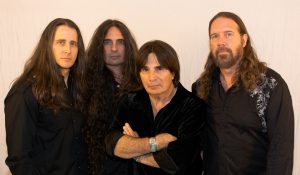 Mh: In the past your band line-up has changed very often. So are you satisfied with the status quo? Or can you even say that the recent line-up is one of the best you ever had?

Mh: You can look back on a very long career in metal music. What do you think is the biggest difference between the business when you started playing music and these days?

JS: The biggest difference is that there are many more bands now and much more product because it has become easier for bands to make and produce albums but before this, the record companies decided who was good enough to make an album and so there was a certain standard that had to be met, for instance the first time I was on record was when the American guitar magazine Guitar Player put together a compilation album looking for the best unknown guitar players in the US and they choose me. I was contacted by the magazine and they told me that I had been picked to appear on the album and this opened the door for my band Virgin Steele to be signed by a record Label.

Mh: You became famous by playing with Virgin Steele. Do you have still contact with the bandleader David De Feis?

JS: No sadly I don’t and it’s not my decision. I think so much time has gone by that it’s time to forget all this and have a drink together. Also most of the time I can not be angry at some one for more than an hour. So to be angry at someone for more than 40 years is not something I can do and if Dave reads this, than I would say to him contact me and let’s talk and let’s remember all the good things we did and the great music we created and the many fans thru out the world that we made happy because this is what is really important. 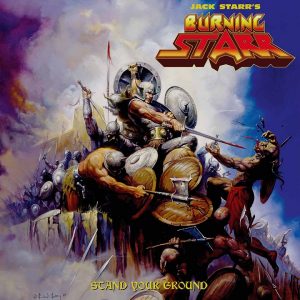 Mh: Back to the presence:  on the new album your guitar play is still so impressive. What is your secret to remain in shape?

JS: Thanks for the compliment. I play everyday and like to perform as often as I can and I think that for a guitar player it is important to keep playing and this way you can grow as a player and perfect your art. I also feel that the more I play the more natural it feels and can be able to not think of the specific notes but instead just let the music flow from me in a more natural and organic way and lastly I really think that in the world of electric guitar playing. One of the most important things is having a good vibrato and the more you play, the better and more focused your vibrato will get.

For me if a guitar player does not have good vibrato I will not enjoy listening to that Player. Clapton, Brian May, Tony Iommi, Blackmore, BB King, Gary Moore, David Gilmore all have great vibrato. I have been working on my vibrato since I first started to play guitar. And I am just starting to be happy with it lately.

Mh: A last question: what are your plans for the near future?

JS: My plans for the near future are to make this album as well publicized and promoted as possible and than go to Europe and do concerts. I am happy that the last Album „Land of the Dead“ did very well for us and I am sure this one will continue to help us grow our audience. So in closing I hope to see many of you on tour and hope we can raise a glass or two.

Mh: Thank you very much for this interview and good luck on you​