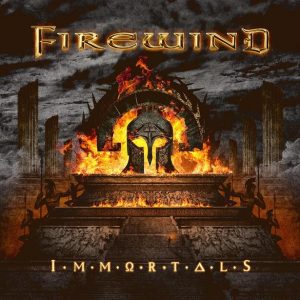 Hi Gus. I´m Amir from the German music magazine www.metal-heads.de – we are based close to the terrain of the RAGE AGAINST RACISM-festival and are a media partner of the event. We present the festival and want to give all the bands attending that weekend the chance to let people know, who they are and why one should come to see their performance and support the idea oft he event.

First of all, I´m always very impressed, what popular bands the organisators get to play in Duisburg. 1.) So I´d like to begin with the question, what attracted you, to travel to this town in a metal region (talking about the industry around and the music style people around there like a lot)?

Gus: I actually wasn’t aware of the festival. It was thru our agency that we got the offer and of course we said yes to it. 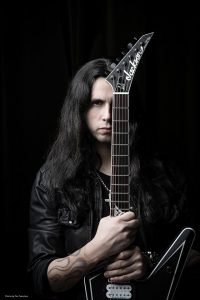 2.) Why do you feel, have they picked you to represent the spirit oft he festival under the subject of RAGE AGAINST RACISM?

Gus: First of all I hope they like our music haha! But maybe we’re a good example of a multi national band, since 3 of us are Greek, 1 German and 1 Belgian. So despite our different backgrounds and cultures, we came together and made music.

3.) Have you done a similar thing before or do you get involved in other charity activities?

Gus: I’ve done a few things in the past, not as many as I would have liked to though. Whenever an opportunity like this shows up, I’m always down for it.

4.) Let´s talk about music! You have quite an impressive backkatalogue! Can you describe the development oft he band in the past years, where do you see yourself now and what are the goals for the future?

Gus: Well, we’re a band that has gone through some line up changes, especially in the singer department. But we’re fortunate that we have really loyal fans and right now I feel we’re in our best form we’ve ever been. We’ve got a new album called “Immortals” that came out this year and we plan on carrying on promoting it and of course making more new music.

5.) How do you start to write new material and when/how to you decide, that the songs are „ready for recording“?

Gus: It depends on each album. For „Immortals“ it took me a while, as the band was on hiatus for 4 years, but I slowly gathered material on the side and when I felt, I had enough good songs to make a record, I showed it to the band. 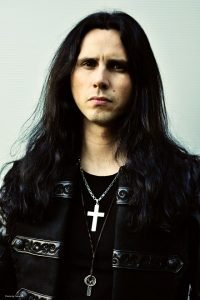 6.) You have a new singer. In how far does that make a difference?

Gus: Our new guy is Henning Basse and he’s just great! A new singer always changes things up a bit, as he’s the identity of the band, the “voice”. But with us, we’re still able to keep our elements that we’re known for, which is the melodic parts, but Henning brings a different heaviness to the band, it makes us sound bit more raw sometimes, which reminds me of our first 2 albums, I guess that´s a good thing.

7.) You are probably the most famous band member. In how far is that a problem for a band or do you/they see it positive…as a „chance“?

Gus: All the guys are happy for my so called “fame” and have been supportive. I mean, it has helped the band a lot and opened doors for us. The guys are also aware and respect that FIREWIND is the band, I started when I was 18, so they’re happy, that I also run the business and they don’t have to worry about anything else, but just to be there and play.

8.) How do think about writing/recording concept albums?

Gus: I don’t know haha! It was certainly a task! I’ve never done a concept album before, but Im glad we did it now, cause it worked out well. I wouldn’t have been able to do it though, without the help of my co-writer and producer, Dennis Ward. 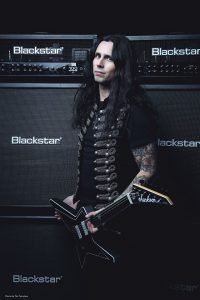 9.) I´m very much looking forward to see you live on stage in Duisburg soon. Do you have a final message for our readers out there?

Gus: Yes! Thanks for checking this out and we can´t wait to see you in June!

Thanx for your time and see you soon!